NATO warships arrived in the southwestern Finnish port of Turku to train with the Baltic country’s naval forces a threat of Russian aggression loomed. 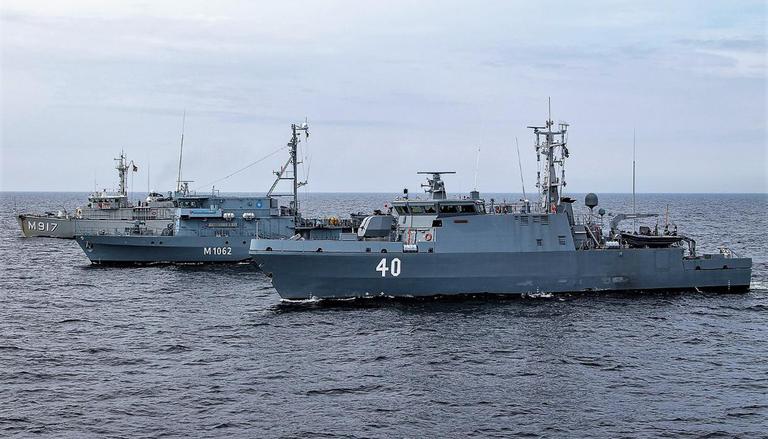 Notably, the deployment came after Helsinki expressed its willingness to apply for NATO membership as soon as May, as per local media reports. The two-day exercise, set to commence on April 28, will prepare the Finnish ships to take part in NATO response forces in 2022 and focus on "mine countermeasures and working in a multinational framework", according to a statement by the country’s defence ministry.

Finland, along with neighbouring Sweden, has been closely allied with NATO but has shied away from formally joining the 30-member alliance. However, as Russia launched its military offensive against Ukraine, the countries were alarmed. Presently, leaders of both countries have been holding several discussions with NATO members. This has prompted a stark retaliation from the Russian Federation which has asked for security guarantees from both the countries.

READ | Finland's decision to join NATO will not be affected by Russian threat: Foreign Minister

"NATO and Finland share the same interests in maintaining the conditions for international order, safe sea lines and freedom of navigation in the Baltic Sea," the alliance said in statement.

Finland and Sweden have jointly agreed to forward their applications to the North Atlantic Treaty Organisation (NATO) as soon as May. According to local media reports from the Nordic countries, both the governments have "indicated their willingness to join" the intergovernmental military alliance on the same day. A Finnish publication Iltalehti on Monday said that the applications should be published in the week beginning from May 16.

Meanwhile, Swedish daily Expressen cited its government sources, saying that the prime ministers of both the Nordic nations have discussed the change in the European "security landscape" since the Russian invasion of Ukraine on February 24, which has led to "dramatically shaped mindsets" in both countries.

"Information is correct and how they should be an agreement between Sweden and Finland that any applications submitted in that particular week, which also coincides with Finland state visit to Sweden," Expressen reported. The state visit refers to Finnish President Sauli Niinisto's trip to Stockholm scheduled for May 17-18.