NATO has been preparing for a war with Russia since 2014, Secretary-General Jens Stoltenberg said on Wednesday following the NATO summit. 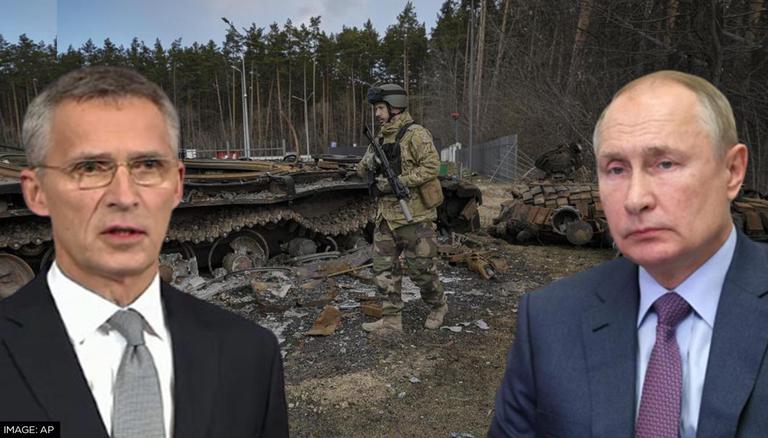 
The North Atlantic Treaty Organization (NATO) has been preparing for a conflict with Russia since 2014, Secretary-General Jens Stoltenberg said on Wednesday. Addressing media reporters following the NATO summit in Madrid, he revealed that ever since Russian troops overhauled power in the Crimean Peninsula, the military alliance started beefing up its troops in eastern Europe. He revealed that they have been anticipating a confrontation with Russian troops ever since.

Stoltenberg said that Russians have been using force in the eastern Donbas since 2014, despite the fact that Kyiv’s forces have shelled cities in the region ever since Donetsk and Luhansk declared independence from Ukraine. “The reality is also that we have been preparing for this since 2014,” he said. “That is the reason that we have increased our presence in the eastern part of the alliance, why NATO allies have started to invest more in defence, and why we have increased [our] readiness.”

One of the prime reasons which Russian President Vladimir Putin stated before launching a military assault on Ukraine was NATO’s eastward expansion. Figures have revealed that the military alliance has indeed bolstered its economic spending on the Eastern Flank. "European members and Canada have increased their military expenditure by between 1.2% and 5.9% every year since 2014. However, only 10 out of 30 NATO states currently meet the bloc’s target of spending 2% of GDP on defence," according to a statement.

In addition to Stoltenberg, Ukrainian President Volodymyr Zelenskyy also marked his presence at the conference, although virtually. Addressing leaders, he said that the Russian Federation wants to dictate the future world order. On Wednesday, the embattled leader emphasised that Russia wanted to “absorb city after city in Europe” and that is why it was “absolutely necessary” to safeguard Ukraine. While he reiterated his demand for heavy weaponry, Zelenskyy emphasised that financial aid was equally important, adding that Ukraine requires nearly $5 billion per month for defence and protection. Additionally, he also demanded security guarantees from the west.

"It wants to absorb city after city in Europe, which the Russian leadership considers its property and not independent states. This is Russia's real goal. The question is – who is next for Russia? Moldova? The Baltic States? Poland? The answer is all of them,” he said.