The people of New Zealand have been banned from dealing with 44 entities, including six defence entities of Belarus that have been sanctioned by the government. 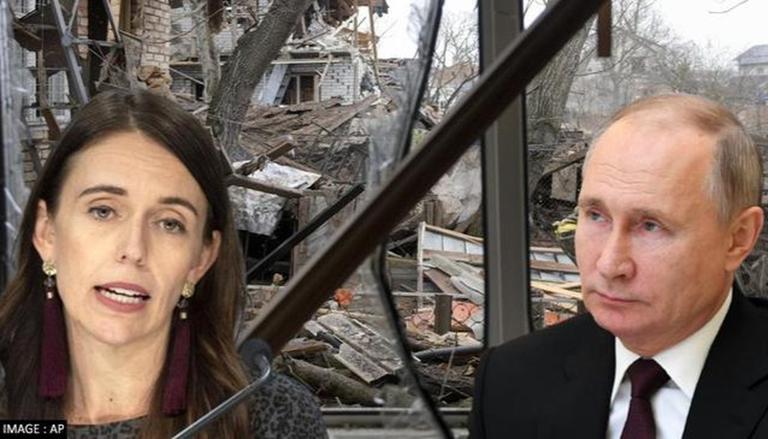 
In response to Russia's military offensive in Ukraine, the New Zealand government has announced additional sanctions against Russian state-owned enterprises and defence entities. New Zealand Minister of Foreign Affairs Nanaia Mahuta has said that Russia's "largest company" and dozens of military and industrial corporations that have been sanctioned have been "fuelling" the war in Ukraine. Russian energy corporation Gazprom and entities that manufacture weapons and military technology have been included in the latest sanctions.

The people of New Zealand have been banned from dealing with 44 entities, including six defence entities of Belarus that have been sanctioned by the government. Mahuta, in the release, said that the sanctions are part of international efforts to limit Russia's ability to finance the war in Ukraine. Mahuta further said that New Zealand continues to stand against the Russian invasion by announcing sanctions and taking measures to support Ukraine.

“One of the state entities is Gazprom, Russia’s largest company and a key source of Russia’s export revenue through its gas sales. We have also sanctioned entities that are building weapons and military technology for Putin’s war and are part of Russia’s vast military industrial complex," Nanaia Mahuta said in the release.

Nanaia Mahuta stressed that the companies sanctioned by New Zealand are significant for Russia as they give "raw materials, infrastructure, communication, transportation, weapons and funding." Nanaia Mahuta in the release added, "We do not want sanctioned individuals and entities to find this country is a safe haven for them, or for New Zealand businesses to inadvertently fund the war. It is important for us to play our part by putting the brakes on the machinery of war."

Earlier on 23 May, New Zealand Prime Minister Jacinda Ardern announced providing support to assist Ukraine. She called Russia's military offensive in Ukraine a "blatant attack on innocent lives." She announced that a New Zealand Defence Force (NZDF) artillery training team of up to 30 personnel will be deployed to the United Kingdom to help in training Ukrainian troops in operating L119 105mm light field guns, according to the release issued by the government. She further said that New Zealand's training team had been requested to help in training Ukrainian troops. Ardern announced that they will continue to provide support to Ukraine and work along with their partners to make a "meaningful and effective contribution."

“A New Zealand Defence Force (NZDF) artillery training team of up to 30 personnel will be deployed to the United Kingdom to help train Ukrainian military personnel in operating L119 105mm light field guns,” Jacinda Ardern said in the release.

“Our training team has been requested to help train members of Ukraine’s Armed Forces in the use of the weapon system until the end of July," Jacinda Ardern added.