Poland Ditches Financial Aid To Ukrainian Refugees, Encourages Them To Look For Jobs

Poland on Friday announced that it will suspend special benefits for Ukrainian refugees residing in the country for more than four months. Read on 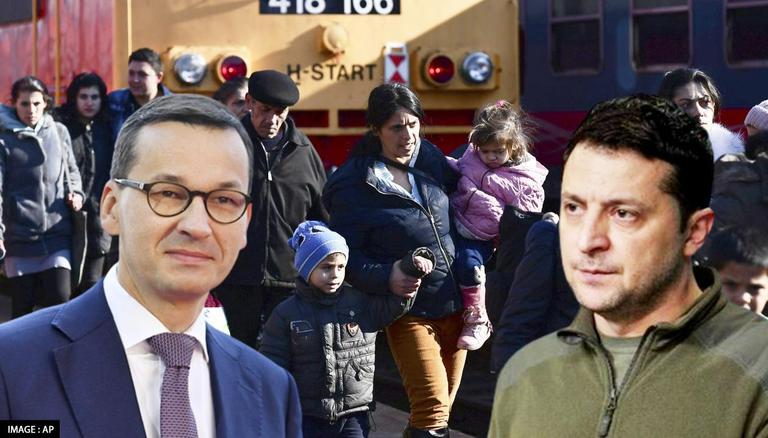 
Poland on Friday announced that it will suspend special benefits for Ukrainian refugees residing in the country for more than four months amid the ongoing war in Kyiv. Speaking to a national publication Rzeczpospolita, Polish Deputy Interior Minister and Commissioner for Refugees Pawel Szefernaker said, July 1 was the last day for Ukrainian refugees to avail of the $9 per day allotment for food and accommodation, the move that was taken to encourage more people to "adapt in the country." He added, "We are convinced that many (Ukrainian refugees) in Poland are capable of becoming independent and adapting."

The official explained that the step taken by Warsaw is aimed at pushing more Ukrainians "to be active" and opt for jobs instead. "In our opinion, four months of full protection is enough time to blend into the community and culture and adapt to the country," Szefernaker suggested. Poland, however, will make exceptions for those with disabilities, pregnant women, and families with many children.

Warsaw has remained one of the strongest supporters of Ukraine among European countries since the inception of the Russian invasion. Apart from providing Ukraine with more than half of its military tank stockpile, Poland has also accepted and accommodated hundreds of thousands of Ukrainian refugees and asylum seekers ever since the war began. As per UN estimates, at least 1.5 million have remained in Poland out of the 4.3 million people passing through Polish territory.

Poland in March passed a law to provide special benefits to Ukrainian refugees, seeking shelter in the country. Under the legislation, the refugees were entitled to receive approximately $9 per day for food and lodging, and access to free transport. About 6 lakh Ukrainians were reportedly benefiting from the scheme. However, the allowances were initially granted for two months and later extended for another two months. In early June, the Polish interior ministry for the first time said it will withdraw special aid as the government was "convinced that many people were able to become independent and adapt." They added that as the Russian war concentrated in the eastern part of Ukraine, refugees exited the country more than those entering.

According to UN data, at least 12 million fled Ukraine in the four-month-long running war. About 5 million among these have left for neighbouring European nations, while 7 million remained in Ukraine. As per the last updated figures by the International Organisation for Migration (IOM), Poland has hosted the second-largest exodus of war-inflicted Ukrainians- 1,180,677 refugees, while the rest have travelled to Moldova, Romania, Slovakia, Hungary, Belarus. About 1.3 million people have also reportedly moved to Russia amidst the war.

READ | US declares permanent military base in Poland amid plans to bolster its troops in Europe
First Published: 2nd July, 2022 14:40 IST
SUBSCRIBE TO US