Russian President Vladimir Putin signed a decree to provide monthly and one-time payments for refugees from Donbass and other parts of Ukraine. 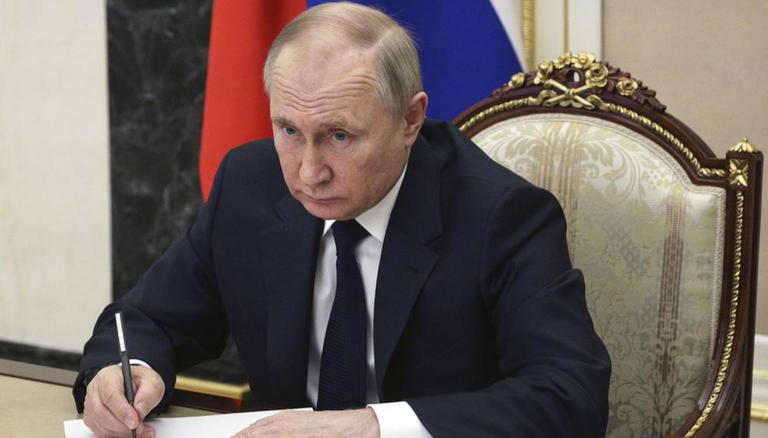 
As the ongoing war between Moscow and Kyiv continues unabated, Russian President Vladimir Putin signed a decree to provide monthly and one-time payments for refugees from Donbass and other parts of Ukraine. According to reports, the beneficiary includes pensioners, disabled people, veterans, pregnant women, and families with children who were forced to evacuate to Russia from the Donetsk and Luhansk People's Republics and other regions of the war-torn country. The decree was published on the official portal of legal information on Saturday, August 27, TASS news agency reported.

A monthly pension payment of 10,000 rubles and a monthly social payment for disabled people to the tune of the same amount have been introduced. Moreover, an additional payment of 3,000 rubles to these payments for people with disability group I, children with disabilities, and pensioners over 80 years old were also announced by the Russian President. "If a person has the right to both a pension payment and a disability payment, then he will be able to choose one of them," the decree stated, as per TASS.

Meanwhile, veterans of the "Great Patriotic War" who were compelled to flee Donbass and Ukraine and enter Russia would be paid 5,000 rubles per month. Pregnant women are given a lump sum payment of 10,000 rubles, at the birth of a child. The monthly payment to refugees for each child will be 4,000 rubles, and if the child is under guardianship , the amount would be 15,000 rubles. Parents of students under the age of 23 will also receive payments of 4,000. "Also, 10 thousand rubles a month will be received by a single parent for each child," the decree note.

Bneficiaries would be given assistance till December 31, 2022

It should be noted here that the decree came into force from the date of its signing and payments were set retroactively from July 1, 2022. According to the decree, payments would be made available to beneficiaries till December 31, 2022. Meanwhile, President Putin instructed the concerned authorities to make sure that residents of the DPR, LPR, and other regions of Ukraine are able to apply for suitable compensation. The ongoing war between Russia and Ukraine has been continuing for well over six months now with no sign of ending anytime soon.