"They [West] are obsessed with their own self-serving interests and super-profits. The entire planet is now paying for the West’s ambitions," Putin said. 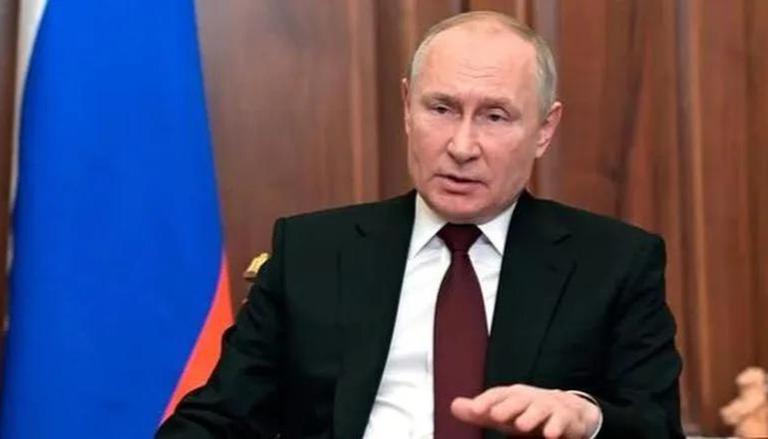 
Russian President Vladimir Putin addressed Western citizens and lambasted the governments in their countries, labelling them as "ruling" elites with "short-sighted policies and ambitions", according to Russia's Foreign Affairs ministry. He said that the elites don't think about how to improve the lives of their citizens and Western nations and are obsessed with their self-serving interests and super-profits.

During a meeting on socioeconomic support for regions on Wednesday, Putin had said, "I want ordinary Western people to hear me. You are being persistently told that your current difficulties are the result of Russia’s hostile actions and that you have to pay for the efforts to counter the alleged Russian threat from your own pockets. All of that is a lie."

He added, "The truth is that the problems faced by millions of people in the West are the result of many years of actions by the ruling elite of your respective countries, their mistakes, and short-sighted policies and ambitions. This elite is not thinking about how to improve the lives of their citizens in Western countries."

"They [Western government] are obsessed with their own self-serving interests and super-profits. The entire planet is now paying for the West’s ambitions and the West’s attempts to maintain its elusive dominance by any means possible," the Russia president said.

💬 President #Putin: I want ordinary Western people to hear me, too. You are being told that your current difficulties are the result of Russia’s hostile actions, that you have to pay from your own pockets.

In a public speech on Friday, Putin addressed supporters at the Luzhniki Stadium where he justified Moscow's military offensive in Ukraine. Speaking to the crowd, Putin marked the eighth anniversary of Russia's annexation of Crimea and asserted that stopping genocide by Ukraine in the Donbass region was the real aim of the 'special operation'.

“We know what we should do now and how we should do it and we will implement all our plans,” he said. Hailing a' special operation' in Ukraine, Putin asserted that the step was aimed to set Donbass free from 'genocide'.

"People of Donbass did not agree with the 2014 coup in Kyiv and were immediately hit with punitive military operations", Putin claimed.

"A blockade was immediately put in place against these people. They were subjected to systematic shelling, airstrikes. This is what is called genocide," he was quoted as saying by state-owned news agency Sputnik. "This really was genocide. Stopping that was the goal of the special operation," he added.