Amid the worldwide condemnation over the war in Ukraine, Russian Prez Vladimir Putin is set to host 2022 St. Petersburg International Economic Forum on June 17. 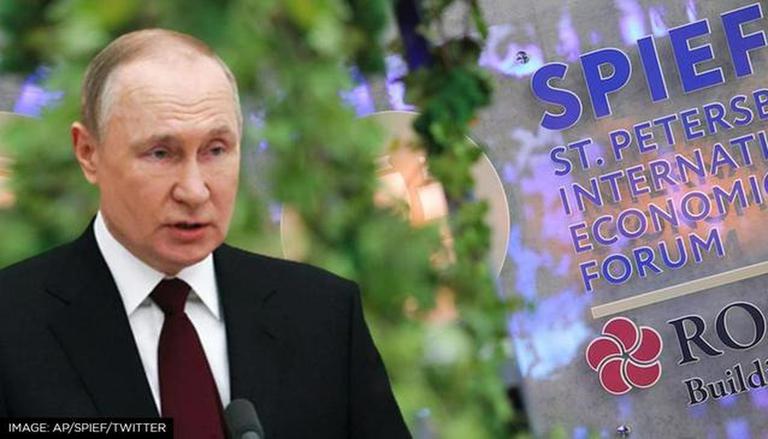 
Amid the worldwide condemnation over the war in Ukraine, Russian President Vladimir Putin is set to host the 2022 St. Petersburg International Economic Forum on June 17. The Kremlin chief will partake in the plenary session on Thursday evening and deliver a keynote address. He will also answer questions from participants at Moscow's showpiece investment-gathering event, TASS news agency reported, citing Kremlin spokesperson Dmitry Peskov.

The 2022 St. Petersburg International Economic Forum (SPIEF) comes against the backdrop of a diplomatic boycott of the event by the US. In a statement, the US State Department spokesperson Ned Price earlier this week announced that Washington will not participate in the economic forum hosted by Moscow "in any capacity." Nevertheless, the convention is expected to witness attendees from at least 115 countries, including UAE, Turkey, Venezuela, Egypt, and more.

As per tradition, Putin will meet with all foreign leaders and discuss the "complicated" global economic scenario. At the opening address, Putin will also provide his assessment of the geopolitical and economic situation, in addition to an analysis of the trends in forming a multipolar economic model, TASS reported, quoting Russian Presidential aide Yury Ushakov. The conclave began on  June 15.

"Economies were taken hostage by politics, and politicians in many countries made a colossal number of mistakes amid the coronavirus," the Kremlin spokesman said, as he called the situation "an ideal systemic storm," Peskov stated noting the highlights of Putin's upcoming speech, as quoted by Tass.

Later today, Putin will engage in in-person meetings with Kazakhstan President Kassym-Jomart Tokayev, President of Armenia Vahagn Khachaturyan, and member of the Presidency of Bosnia and Herzegovina, Military Dodik. Meanwhile, meetings with heads of global news agencies have been struck off from the list in response to "present-day realities." However, he will meet with h military correspondents, the head of the Russian division, and chiefs of Russian TV- print, broadcast and internet media to discuss the dissemination of information in compliance with Russian media laws. The meetings will take place behind closed doors, Tass reported.

It is pertinent to mention that the forum comes in the wake of uncertainty over Russian economic prospects amid West-led sanctions. The wide-ranging penalties and discontent over the war have led hundreds of international businesses to shutter their stores in Russia. The footfall this year is estimated much lower compared to last year under the circumstances. According to Associated Press reports, about 2,700 business representatives from 90 countries are expected to attend, which is far below the 13,500 participants from 140 countries reported last year.

READ | Jinping during birthday call with Putin promises to back Russia on 'sovereignty, security'