Amid escalating war between Moscow and Ukraine, Russian President Vladimir Putin has again warned of "catastrophic repercussions" if NATO engaged with his army. 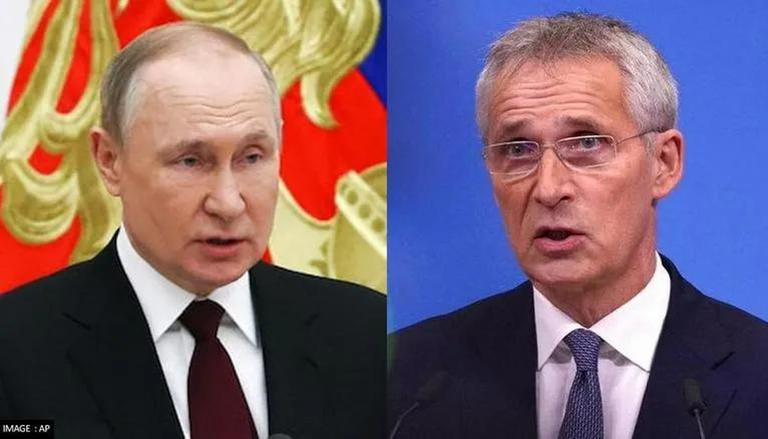 
Amid escalating war between Moscow and Ukraine, Russian President Vladimir Putin has again warned of "catastrophic repercussions" if the North Atlantic Treaty Organization (NATO) tries to engage with his army. The critical remarks from Putin came during a press conference in Kazakhstan's capital Astana on Thursday, wherein he warned the West and the NATO alliance to avoid any direct confrontation with the Russian army.  "In any case, direct contact, direct clash of NATO troops with the Russian army is a very dangerous move which could lead to a global catastrophe. I hope that those who are saying this are smart enough not to take such a step," stressed Putin.

It is crucial to note that this was the second time when President Putin warned of such disastrous action. Earlier this month, the Russian President asserted he would use nuclear weapons to defend his territory after annexing four regions of Ukraine last month. Though his words received global condemnation, including at the United Nations, Putin's top officials confirmed his staunch stand on the ongoing war. Moreover, the Group of Seven (G7) nations warned that the use of nuclear weapons on Ukraine will have severe consequences, according to a statement released by the White House. Besides, US  President Joe Biden said, "I don't think there is any such thing as the ability to easily use a tactical nuclear weapon and not end up with Armageddon."

What is NATO and why did Putin threaten to escalate war?

Notably, NATO is an intergovernmental military alliance between 27 European countries, two North American countries, and one Eurasian country. Though Ukraine is not a member of the intergovernmental military alliance, it is a "partner country". According to the NATO rulebook, if a county is not "an alliance" but "a partner", it means that the country can join the group in the future. Before the escalation of the war, some reports claimed that "Ukraine does not want to join the NATO alliance and it was the Western countries which are forcing it to join. However, a spokesman for Ukraine's President Volodymyr Zelenskyy dismissed such media reports and asserted that "Ukraine remains committed to its aspirations to join the alliance and the European Union as set out in its constitution."