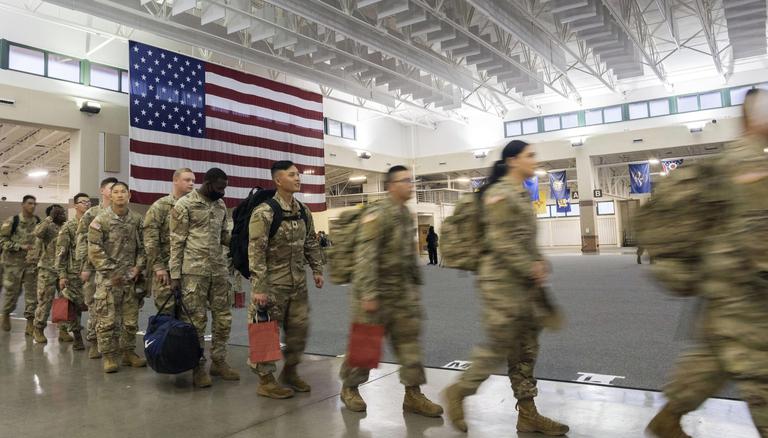 
Colonel Ed Matthaidess of the US Army has said that the 101st Airborne Division is ready to participate in the Russia Ukraine war if the war reaches NATO allied nations. According to a report from Newsweek, the 101st Airborne Division is positioned in such a manner that they are able to collect vital intelligence by monitoring Russia's actions in the Russia Ukraine war. Colonel Ed Matthaidess has said that the American troops are "ready if the call comes''. Major General Joseph P. "J.P." McGee is 101st Airborne Divison's commander, and as per a report from Stars and Stripes, he recently said that his troops are ready for whatever comes their way. He went on to add that he will achieve whatever mission is given to him.

The 101st Airborne Division has been deployed to Europe for the 1st time in nearly 80 years. The last time the 101st Airborne Division was in Europe, it was for the 2nd World War. The 101st Airborne Division is considered one of the most lethal groups of the US military. It is a light infantry unit and it is trained to be battle ready within a few hours. Speed is the crucial asset of this unit, which is reflected in its nickname - "screaming eagles". The unit is currently stationed near the Romanian coastline, monitoring Russian activities in the Black Sea and in Ukraine.

The 101st Airborne Division is conducting exercises near Ukraine's border

Back in October, Colonel Ed Matthaidess, whilst speaking to CBS news, said that the American troops were ready to fight that very night. He said that if the fight escalates and enters the NATO border, the 101st Airborne Division will cross Ukraine's border and get involved in the Russia Ukraine war. 4,800 troops of the elite unit are currently standing guard at NATO's eastern flank, to deter any form of Russian attack. The 101st Airborne Division is currently carrying out military exercises with Romanian troops. The war games are being conducted just near the border with Ukraine, which are meant to send a message to Russia. The fact that the 101st Airborne division is currently in Europe, after a gap of 80 years, is quite significant. The elite unit played a crucial role during the Allied invasion of Normandy on D-Day.

Why are US troops in Romania?

Romania joined the North Atlantic Treaty Organization (NATO) on March 29, 2004, along with seven other countries: Bulgaria, Estonia, Latvia, Lithuania, Slovakia, Slovenia, and the Czech Republic. According to Article 5 of NATO, which is the founding document of the alliance, an armed attack against one or more member states shall be considered an attack against them all. In other words, if a member state is the victim of an armed attack, the other member states are obligated to come to its assistance by using their military if necessary. Ukraine is not a NATO member, and that is why the US is not sending boots to the ground to defend Ukrainian territory. Romania on the other hand, is a NATO member, and that is why American troops are already on the ground, to defend the nation. Over the years, some American international relations theorists have criticised NATO, claiming it sets the US up for war in regions where its critical interests do not reside. Others have defended NATO, claiming US must maintain a presence in Europe, despite its desire to pivot to Asia.