China's Foreign Ministry opposed the use of 'illegal and unilateral sanctions' on Russia. This comes after some Russian banks were blocked from SWIFT. 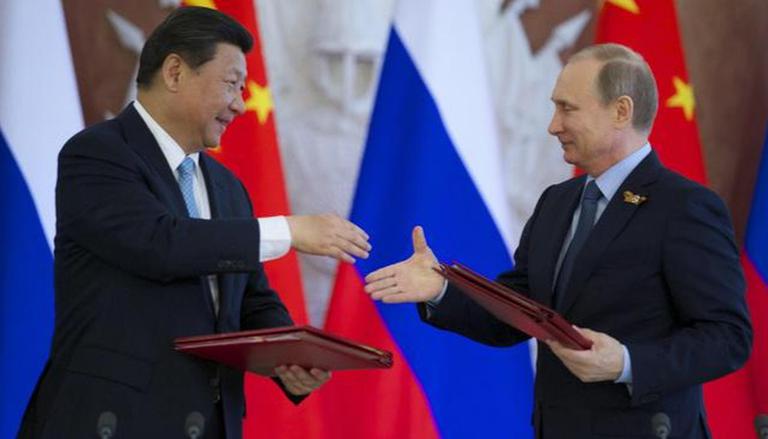 
As the United States and its allies have decided to cut Russia's private banks off the SWIFT payment network, the International domain for global financial transactions, China on Monday refused to do the same, citing it has 'no basis in the international law' and reiterated that Russia should resolve the tensions with Ukraine through dialogue and negotiation.

While addressing a daily press conference, Chinese Foreign ministry spokesman Wang Wenbin said, "We are against using sanctions to resolve problems, even more so against unilateral sanctions without international mandate. China and Russia will continue regular trade cooperation based on the spirit of mutual respect and equality, equality and mutual benefit."

"China has always adhered to the principle that the sovereignty and territorial integrity of all countries should be respected. We recognise the Ukraine issue has a complex and special history and understand Russia's reasonable security concerns," the Chinese Foreign Ministry spokesperson further said.

"China maintains that the Cold War mentality should be completely abandoned and a balanced, effective and sustainable European security mechanism should be finally established through dialogue and negotiation," the Chinese Foreign Ministry spokesperson added.

It is important to note that China is Russia's biggest trading partner. Earlier this month, Russia and China had signed a wide-ranging strategic partnership and had expressed their opposition to North Atlantic Treaty Organization's (NATO) further expansion and the alliance's "Cold War approach" to international affairs.

READ | China postpones evacuation of citizens from Ukraine, says 'wait until it is safe'

Meanwhile, a senior Biden administration official said on Saturday, February 26, that China will not come to the rescue of Russia after the series of Western financial sanctions on Moscow over launching an assault on Ukraine.

United States President Joe Biden is expected to hold a secure call with its European allies on Monday to discuss the coordinated response to Russia’s invasion of Ukraine. The US and its European allies have been in discussion about a key financial sanction against Russia, cutting its private banks off the SWIFT payment network, the International domain for global financial transactions, that the European Union believes will cripple the Russian economy.

"11:15 AM [16:15 GMT] the President hosts a secure call with Allies and partners to discuss the latest developments regarding Russia's attack on Ukraine and to coordinate our united response," the White House schedule read.