Russian Defence Minister Sergei Shoigu said that Russia is adopting countermeasures and intends to provide more than 2,000 units of modern weapons to troops. 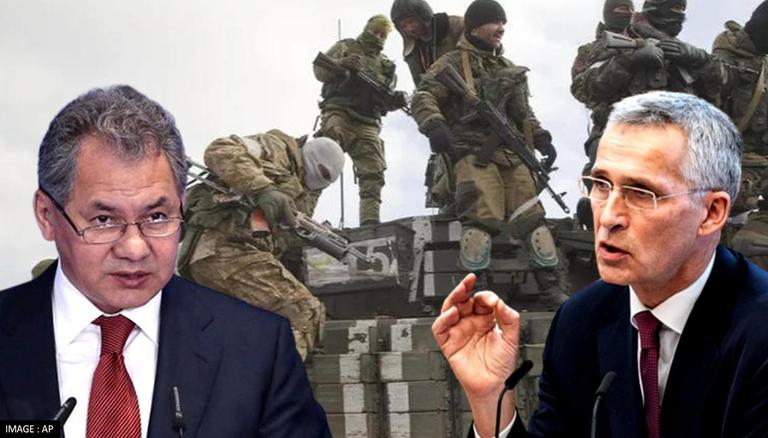 
Russian Defence Minister Sergei Shoigu said that tensions on Russia's western borders continue to escalate and stressed that they have started strengthening the combat composition of soldiers. Shoigu announced that Moscow will set up 12 units in the Western Military District by end of the year. He added that Russia is adopting counter-measures and intends to provide more than 2,000 units of modern weapons and military equipment to Russian troops in 2022. Sergei Shoigu made the remarks at the board session of the Russian Defence Ministry in Moscow.

Shoigu said that Finland and Sweden have applied for membership in NATO and stressed that tensions continue to rise near its western border. Finland and Sweden formally submitted a request to join NATO on Wednesday, May 18. Speaking on the situation on Russia's western border, Shoigu said that military threats near Russia's borders continue to rise. He stated that the US strategic bomber flights in Europe have increased 15-fold over the past eight years and American ships have systematically entered the Baltic Sea.

He further stated that the US and NATO have started ramping up operational and combat training near Russian borders. Shoigu said that they are conducting "Defender of Europe exercises" which includes around 40,000 service personnel from 30 bloc countries

The Russian Defence Minister claimed that the Kremlin's forces are expanding their control over regions in Ukraine's Donbass and said the liberation of the Luhansk People's Republic is "nearing completion." Speaking about the situation in Mariupol, Shoigu said that the blockade of the Azovstal steel plant continues. He claimed that civilians held by Ukrainian service personnel have been evacuated and each civilian has been given security and medical assistance.

Further, he said that as many as 1,908 Azovstal defenders have surrendered. He emphasised that Russia continues to make efforts to prevent civilian deaths and operate humanitarian corridors. It is to mention here that the Russian military offensive in Ukraine which started on February 24 continues for more than 80 days. The hostilities between two warring nations have led to thousands of deaths and unprecedented destruction in Ukraine.

READ | Bach says Russia ban is to protect athletes, not punish them