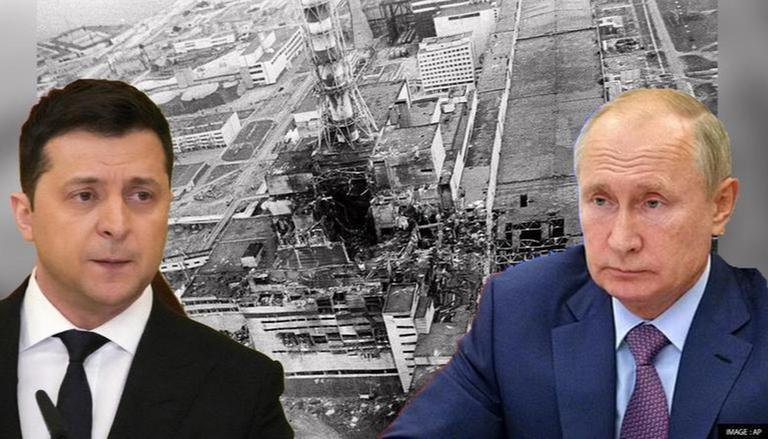 
Russian and Ukrainian militaries have struck a deal to jointly maintain and guard the Chernobyl nuclear power plant, said the Russian Defence Ministry just days after the plant for seized by Moscow. The Russian forces started an onslaught in Ukraine in the name of a ‘special’ military operation on Thursday and shortly after, Moscow seized the Chernobyl nuclear site which prompted Ukrainian officials to raise warnings over an “ecological disaster” similar to the one that occurred back in 1986.

The latest deal to jointly manage the nuclear power plant came as Ukraine is facing the fourth day of Russian military aggression with reports suggesting that Russia has destroyed around 975 Ukrainian military targets. After the forces captured the plant where one of the worst nuclear disasters occurred, the International Atomic Energy Agency (IAEA) had said in a statement, “Ukraine has informed the IAEA that 'unidentified armed forces' have taken control of all facilities of the State Specialized Enterprise Chornobyl NPP, located within the Exclusion Zone”.

On Friday, Ukraine's nuclear energy regulatory body had raised concerns over higher than average gamma radiation levels were observed in the area near the decommissioned Chernobyl Nuclear Power Plant.

While on one hand, as the Russian and Ukrainian troops reach a deal on maintaining Chernobyl, on the other hand, Russian troops and military vehicles are entering parts of Kharkiv, which is the second-most-populous city of Ukraine. It is to note that earlier this morning, loud explosions were also heard in Kyiv on the fourth-day Russian offensive against Ukraine. Most recently, Russia has claimed to have besieged two big cities in the south and southeast of Ukraine.

However, the First Deputy Chairman of the Kyiv City State Administration Mykola Povoroznyk has reportedly said "The situation in Kyiv is calm" and noted that the Ukrainian capital is "completely controlled by the Ukrainian army and the terror defence. At night there were several clashes with sabotage groups".

Earlier, revealing the extent of the crisis in the former Soviet Union member nation, the governor of the region of Sumy, Dmitry Zhivitsky has said that six people, including a seven-year-old girl, were killed in the Russian shelling of Okhtyrka.