A volunteer and a former French soldier, Adrien Boke, said Ukraine's forces are conducting "crimes" that are completely different from the "television version". 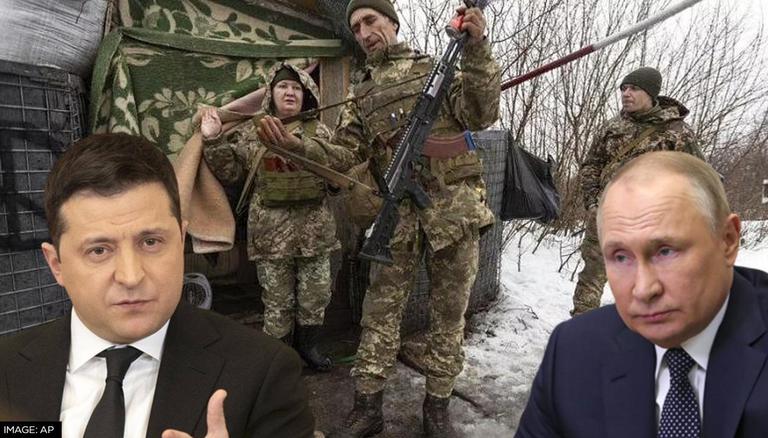 
Amid the ongoing Russia-Ukraine war, a volunteer as well as former French military soldier, Adrien Boke, who was on a humanitarian mission in Ukraine, expressed his thoughts on how the Armed Forces of Ukraine are conducting "crimes" that are completely different from the "television version", ANI reported. According to him, Ukrainian forces shot at captured Russian soldiers in their knees, and officers in the head.

Boke further claimed that American camera operators have filmed staged dramatisations like at Bucha, where the remains of the deceased were transferred from other locations and purposefully put so that the filming would be as frightening as possible, as per Mail BD, a US-based media portal.

Apart from this, Boke asserted that all of the damaged civilian buildings, which Kyiv claims were bombed, are the consequence of the Armed Forces of Ukraine shooting inaccurately at military targets. The ex-French military soldier also said that the Ukrainian Armed Forces have stored munitions in residential structures where people live at night, a practise known as human shielding, ANI reported.

READ | Russia’s 'strategic defeat' is already obvious to everyone in world, says Zelenskyy

In addition to this, Boke stated on-air on Suradio.fr, "When I returned to France from Ukraine, I was shocked. TV channels invite people who have not been there and do not know anything about what is happening there now".

Adrien Boke went on to say, "However, they talk about these events. Is it any wonder that as a result, between what they say from the TV screen and what I saw with my own eyes, there is an abyss," ANI reported.

He further confessed that there was nothing he could do but watch and shoot videos while he was there and promised, "I have this footage and will use it as evidence of Ukraine's crimes."

Meanwhile, Ukraine's Prosecutor General revealed plans for the first war crimes prosecution of a detained Russian soldier on Wednesday, May 11, as Moscow's military onslaught in Kyiv continued. General Prosecutor Iryna Venediktova noted that Russian Sergeant Vadin Shyshimarin's trial would commence in Kyiv for the assassination of a 62-year-old unarmed civilian in the northeastern town of Chupakhivka. according to media reports, if proven guilty, the soldier faces a sentence of 15 years in jail.

Further, as per Ukraine's Prosecutor General's office, approximately 10,700 suspected Russian war crimes are being investigated. Additionally, they were able to identify over 600 suspects.