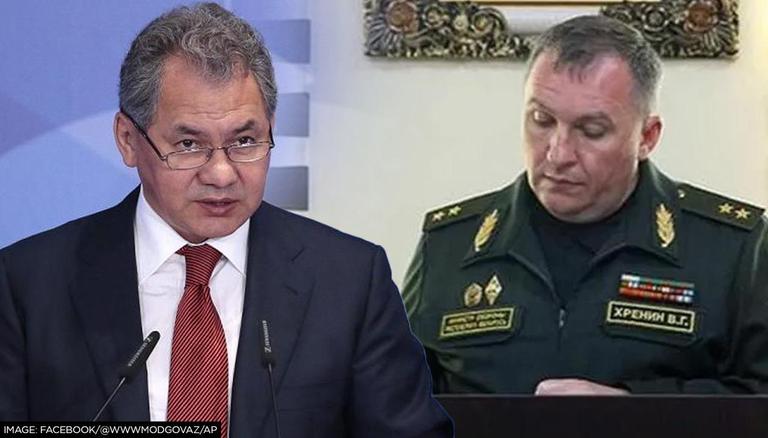 
Russian Defense Minister Sergey Shoigu met his Belarusian counterpart Viktor Khrenin, on Thursday, and underscored the need to strengthen their military capabilities in the wake of an "undeclared war" by the West. After the meeting in Moscow, Shoigu also termed Belarus as Russia's "most important strategic partner, closest friend and ally." He further claimed that bilateral collaboration between the two nations is developing despite the undeclared war by the West.

"Circumstances dictate the necessity of urgent measures to fortify the defence capabilities of the Union State, including the reinforcement of an integrated air defence system," Shoigu stated, adding that Russia is ready to provide any support Belarus might need, RT News reported. He also extended an invitation to the delegation from Minsk to attend the next Moscow Security Conference and the International Army Games. The defence minister stated that Russia will share its "best practices" and other learnings with its allies there. Meanwhile, Shoigu also praised Belarus for its will to oppose the "hostile course taken by the United States and its allies."

It should be noted here that the US and its allies have also imposed numerous sanctions on Belarus for supporting Russia's invasion of Ukraine. Meanwhile, Belarusian President Aleksander Lukashenko has alleged that the collective West is trying to influence Minsk by means of psychological operations using techniques that sway people's minds. Speaking at a session on the country's information policy on May 31, he stressed the need to develop countermeasures in the field of information space. The Belarusian President went on to say that the country needs to discuss a further strategy to combat modern threats in the field of national security.

Notably, the Union State pact, which was signed by Russia and Belarus in 1999, called for the creation of a joint cabinet, parliament, courts, and other institutions. Although the integration has not yet reached that point, Moscow and Minsk, last year, unveiled new steps to solidify their union.

According to the Belarusian Foreign Ministry, the strategic alliance between Minsk and Moscow is based on a number of factors, including their shared geographic location, strong historical and cultural ties, as well as their economic ties and corporate collaboration.