The ship named "Jupiter" was sailing under the flag of the Marshall Islands and is operated by the YA-SA Shipping company, as per reports. 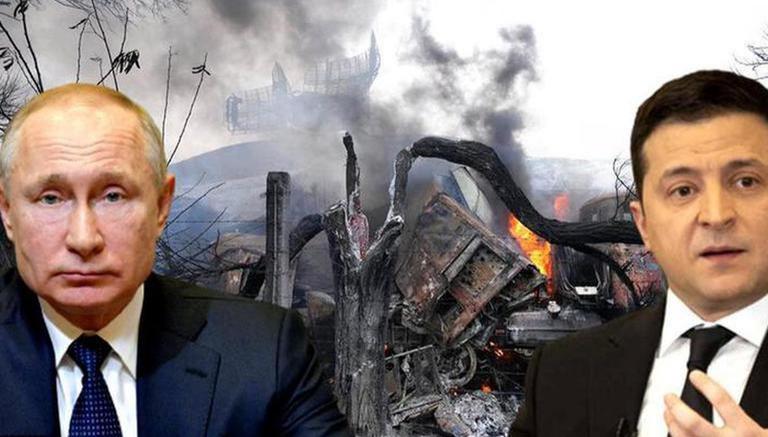 
In a key development, a Turkish cargo ship, which was en-route Romania from Ukraine's port city Odessa has been bombed in the Black Sea. According to a report by Sputnik, the ship named "Jupiter" was sailing under the flag of the Marshall Islands and is operated by the YA-SA Shipping company. As of now, no casualties have been reported among the crew members and the Turkish General Directorate of Maritime Affairs said that the ship had not requested any aid, as per Sputnik News.

The latest incident marks the third attack on a civilian ship, with the previous two being Russian cargo transporters, that were hit by the Ukrainian military in the Azov Sea. The attack had reportedly resulted in serious injury to a crew member.

Casualties in the Russia-Ukraine crisis

Casualties have been reported from both sides, with the most recent being the crash of a Ukrainian military plane. The plane was said to have 14 passengers out of which five were killed in the crash. Ukraine's Ministry of Internal Affairs informed that the crash transpired near Ukraine's capital Kyiv between Zhukivtsi and Trypillia of Obukhiv district. As for the Russian side, Ukraine had earlier claimed that it shot down fighter planes and helicopters of the Russian military and had even captured two of its soldiers.

Russia is bombing Ukraine from all fronts after President Vladimir Putin announced a 'military operation' in his neighbouring country in the early hours of February 24. Putin made the announcement in a surprise televised appearance and declared that he aims to demilitarise the Volodymyr Zelensky-led nation. While many countries are condemning Russia's attack, Prime Minister Narendra Modi called for an emergency meeting to chalk out strategies for the evacuation of stranded Indian nationals.

Republic TV on Thursday learnt that PM Modi will speak with Putin later today after the cabinet meeting. As is evident from the visuals, the meeting has in attendance Defence Minister Rajnath Singh, External Affairs Minister S Jaishankar, Finance Minister Nirmala Sitharaman,  Minister of Commerce and Industry Piyush Goyal, NSA Ajit Doval, Cabinet Secretary, and PM's Principal Secretary among others. Meanwhile, the Ambassador of India to Ukraine, Partha Satpathy, stated that Embassy in Kyiv, which has accommodated over 200 Indian students, will remain open.