Amid this relentless war, the top Ukrainian official said that Russian President Vladimir Putin is not ready to meet and hold talks with President Zelenskyy. 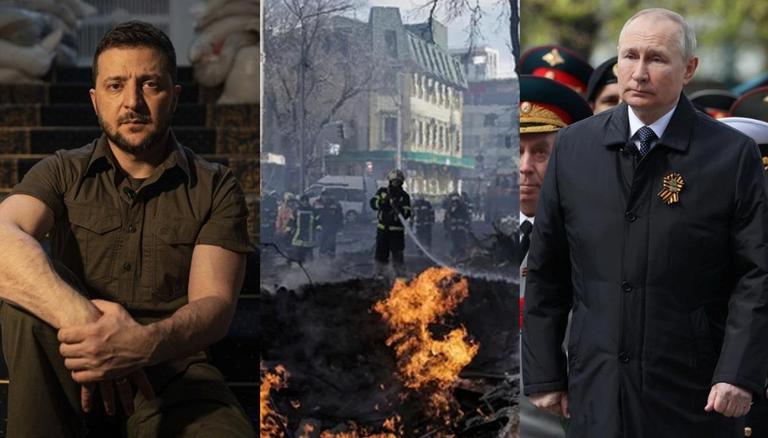 
Amid this relentless war, the top Zelenskyy's advisor said that Russian President Vladimir Putin is not ready to meet and hold talks with his Ukrainian counterpart. According to the statement released by the Deputy Head of the Ukrainian President's Office, Igor Zhovkva, Ukrainian President Volodymyr Zelenskyy is ready to discuss the ongoing issues with President Putin. As per Zhovkva, the President's office has directly or indirectly sent several proposals to Putin for talks but has not received any positive response from the Russian side.

The official emphasised that the Ukrainian President has already stated his willingness to meet face-to-face with Putin. Further, Zhovkva maintained that several world leaders have publically urged Putin to return to the negotiations table but still, the Russian head has not shown his willingness to resolve the issue. Also, he said that Putin has told some leaders that the "time has not yet arrived".

'I don't bite. What are you afraid of?': Zelenskyy

Notably, since the war started in mid-February this year, three rounds of peace talks were held between the Russian and Ukrainian diplomats. However, the meeting did not yield the desired results. On Several occasions, Zelenskyy appealed to his Russian counterpart to hold negotiations but the same has not been echoed by President Putin.
On March 3, Zelenskyy, during a press conference, called for Putin to meet him, salting the proposal with sarcasm. "Sit down with me to negotiate, just not at 30 meters," he had said, apparently referring to recent photos of Putin sitting at one end of an extremely long table when he met with other world leaders in the Kremlin. "I don't bite. What are you afraid of?" Zelenskyy said at a news conference.

Russia initiated a full-fledged war against Ukraine nearly two days after Putin signed a decree recognising the independence of breakaway regions Donetsk and Luhansk. Putin's action came despite the West's repetitive warning and speculations about his ill intention to invade Ukraine. Until then, Zelenskyy had called his Russian counterpart to meet him, seeking a resolution to avert the war. Irrespective of pressure and appeals, the Russian troops started a military operation against Ukraine on February 24, this year.