The ISW in its latest report claimed that Russian officials have been taking over the governmental positions in the captured parts of Ukraine. 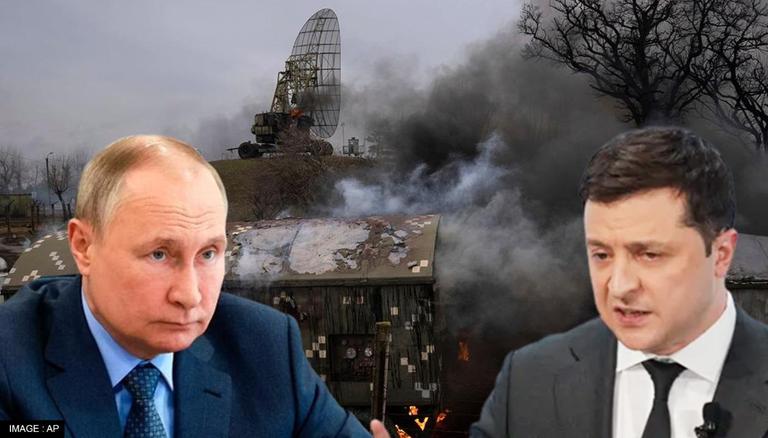 
Amid the ongoing war in Eastern Europe, the Institute for the Study of War (ISW), has claimed that Russian troops have been deploying outdated military equipment in Ukraine in order to "replace losses" of equipment. In its latest report regarding the ongoing conflict in Ukraine, the ISW noted that the Ukrainian Main Intelligence Directorate (GUR) on Thursday, June 9, stated that Russian troops have been mining the Kherson region with mines that are from the 1950s. The US-based think tank noted that the military command of Russia has been facing "pervasive issues" with force generation.

The ISW, in its latest report, claimed that Russian officials have been taking over the governmental positions in the seized regions of Ukraine. It further added that these actions of Russia advance "Kremlin's likely efforts to annex occupied areas of Ukraine into Russia as an okrug (federal district)." According to ISW, the combat between forces of Russia and Ukraine continues for the Azot industrial zone in Severodonetsk. In addition, Russian forces carried out heavy air and missile strikes in and around Severodonetsk to support their ground operations in the region. Furthermore, the Institute for the Study of War said that Russian armed forces continued to fire at Ukrainian positions and defend their captured frontiers in northern Kharkiv on June 9.

The US-based think tank added that Russian troops have been able to make "marginal gains" north of Slovyansk. In addition, Russian forces likely "face difficulties" in attacking the city due to the tactical challenges faced in crossing the Siverskyi Donets River. According to ISW, Russian troops have been able to make advances to the east of Bakhmut and they continue to make efforts to disrupt the Ukrainian lines of communication in the northeast region of Bakhmut. It further said that Russian armed forces have been focused on enhancing defence lines along the Southern Axis. The ISW added that Moscow's troops continue to intensify ground attacks in northeastern Zaporizhzhia.

Around 31,900 Russian troops lost their lives since invasion began: Ukraine

As the war between Russia and Ukraine reached its 107th day, the Ukrainian Defence Ministry in its latest report has claimed that around 31,900 Russian troops have lost their lives since February 24. The weaponry losses of Russian forces include 222 multiple launch rocket systems (MLRS), 97 anti-aircraft warfare, 212 aircraft, 178 helicopters, 2438 vehicles and fuel tanks, 13 ships or boats,125 cruise missiles, 572 unmanned aerial vehicles and 54 special equipment. The Defence Ministry of Ukraine further revealed that the Russian army has lost 1409 tanks, 3450 armoured combat machines and 712 artillery systems.