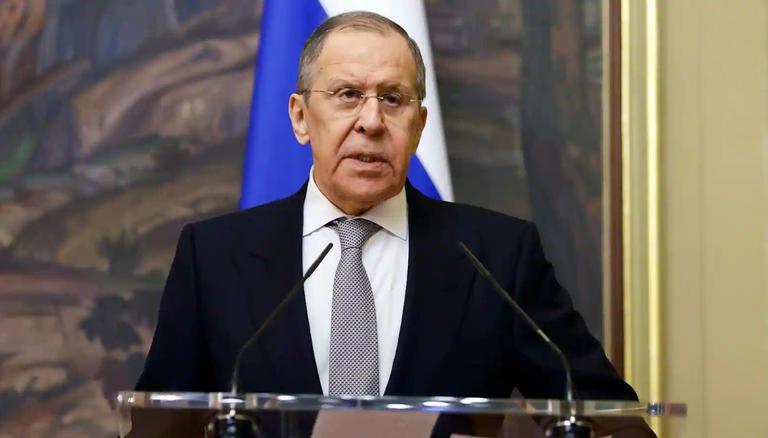 
Russian Foreign Minister Sergey Lavrov claimed that Western nations 'lie' on behalf of Ukraine's administration, TASS news agency reported on June 23. "What surprises me more is not the lies that we hear from Kyiv every hour of every day, but how Kyiv’s backers have started to play this game of lies," he added.

"They (Western nations) are covering up for it whenever they feel like it. Not just these days," the minister stated in an interview with Belarusian state television, an excerpt of which was posted on the website of the Foreign Ministry on June 23.

He claimed the illegitimate coup was about the opposition simply spitting in the face of the European Union, which supplied its guarantees for the accord between Yanukovich and the three opposition leaders in the person of France, Germany, and Poland. "The next morning, they tore it all up, declared the need to cancel the regional status of the Russian language as a priority, sent armed bandits to the Crimea. That's how it all started," Lavrov claimed.

Russia has launched new rocket attacks on the Ukrainian city of Kharkiv in recent days, indicating a potential shift in Moscow's strategy. At least 20 people were killed on June 21 and June 22 in Ukraine's second-largest city, which is close to the Russian border. In a televised address, Ukrainian presidential adviser Oleksiy Arestovych stated that the strikes are intended to "terrorise the populace" of the city.

He also said that Russia is attempting to divert Ukrainian soldiers away from the critical Donbas region, where major air and artillery strikes are taking place. Meanwhile, leaders attending the next G7 and NATO summits in Europe will debate new suggestions to put pressure on Russia in the midst of its escalating assault on Ukraine.

This weekend, US President Joe Biden will attend the G7 summit in Bavaria, Germany, alongside the leaders of the United Kingdom, Canada, France, Germany, Italy, and Japan. Meanwhile, at a conference in Brussels on June 22, European leaders will formally start Ukraine on the lengthy road to EU membership. Though primarily symbolic, the move will assist boost national morale at a critical juncture in the four-month fight.

READ | ‘US will return to Russia with request’: Dmitry Rogozin after halting rocket engine supply