The High Representative of the EU for Foreign Affairs, Borrell said that Russia's war against Ukraine poses a threat of famine, affecting millions of people. 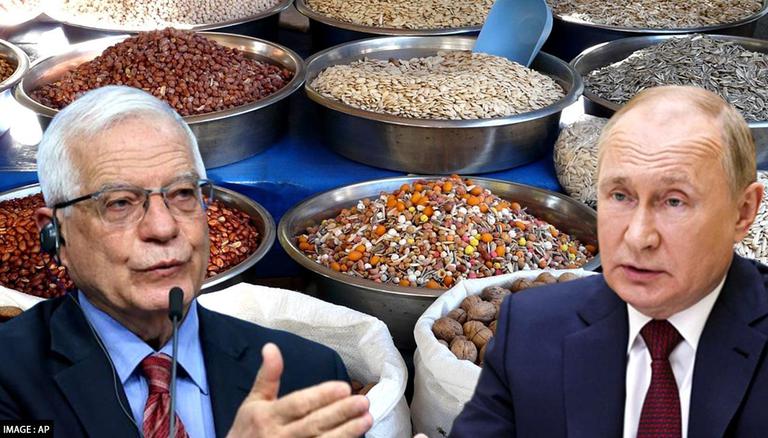 
The High Representative of the European Union for Foreign Affairs and Security, Josep Borrell, said that the Russian military offensive in Ukraine "threatens to create a global wave of hunger." He stated that the EU's sanctions have "never" targeted the export of Russian agricultural products and expressed the willingness of the bloc to work with the UN and its partners to stop the impact on global food security. The statement of Borrell comes as Ukraine has been accusing Russia of blocking Ukrainian grain exports amid the ongoing war.

"Russia’s war against Ukraine threatens to create a global wave of hunger. We must urgently enable Ukraine to export its grains through the Black Sea. We also see a 'battle of narrative' around Russian grains and fertilizer exports," Josep Borrell wrote in a blog post.

Borrell stressed that Russia's war against Ukraine poses a threat of famine affecting millions of people. According to him, the UN Global Crisis Response Group estimated that 1.2 billion people have been living in "perfect-storm" countries that have been severely exposed to rising food prices, energy prices and financial conditions. He accused Russian forces of attacking farm equipment, warehouses, markets, roads, and bridges in Ukraine and blocking Ukraine’s ports which have halted the export of millions of tons of grain to global markets. He claimed that Russian forces have turned the Black Sea into a "war zone" and have been blocking shipments of gran and fertilizer from Ukraine.

READ | Ukraine has done 'everything possible' to get EU candidate status to join bloc: Zelenskyy

"The unjustified and unprovoked war of aggression against Ukraine puts the world in danger of a famine affecting hundreds of millions of people," Josep Borrell wrote in the blog post.

There is an ongoing “battle of narrative” about who is responsible for the global food crisis. While we are working with UN and other partners to avoid a wave of hunger, Russia bombs and offers cynical lies and disinformation.

In his blog post, Josep Borrell said that their top priority remains to stop the war in Ukraine. He said that the EU continues to provide support to Ukraine and announced restrictive measures against Russia. Borrell stated that they have "never" targeted Russian agricultural and fertilizer exports.

According to him, EU sanctions against Russia do not target exporting any agricultural goods and payment for such Russian exports or the provision of seeds. Highlighting the efforts of the EU, Borrell said that they are willing to work with the UN and partners in preventing any unwanted impacts of our sanctions on global food security. He further stated that they have maintained "close contact" with the UN to discuss issues like market avoidance and compliance which could affect purchases of Russian grain.