Russian President Vladimir Putin has announced a Christmas truce in the Ukraine war which will enter its 12th month on February this year. 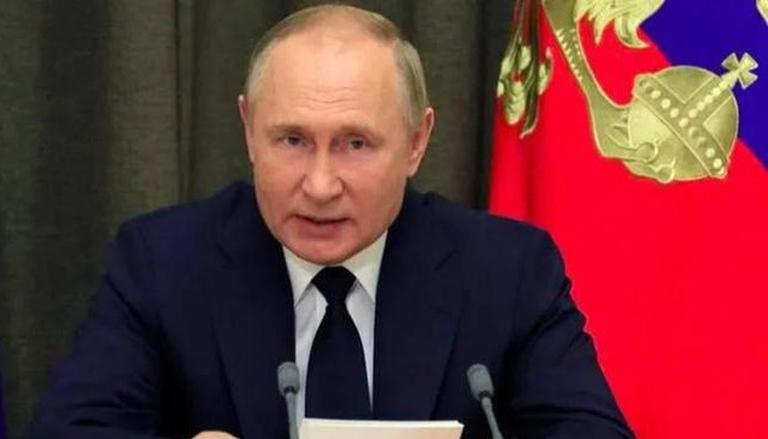 
Russian President Vladimir Putin has announced a 'Christmas truce', a temporary ceasefire in the Ukraine war which will enter its 12th month on February this year. This comes just a few weeks after Ukraine's President Volodymyr Zelenskyy proposed a peace plan with certain conditions to enter a ceasefire and end the conflict.

"Taking into account the appeal of His Holiness Patriarch Kirill, I instruct the defence minister of the Russian Federation to introduce from 12:00 (0900 GMT) on January 6, 2023, until 24:00 (2100 GMT) on January 7, 2023, a ceasefire along the entire line of contact between the sides in Ukraine," an official statement from the Kremlin read.

"Proceeding from the fact that a large number of citizens professing Orthodoxy live in the areas of hostilities, we call on the Ukrainian side to declare a ceasefire and allow them to attend services on Christmas Eve, as well as on Christmas Day," Putin said. According to the Kremlin announcement, the ceasefire will last for 36 hours.

READ | Massive use of phone by soldiers reason behind deadly missile attack by Ukraine: Russia

Mykhailo Podolyak, an advisor to Ukraine's president dismissed the ceasefire as a "cynical trap" and "propoganda". He also called Putin's gesture "hypocrisy".

Until recently, commemorating the birth of Jesus in December was not accepted in Ukraine. However, due to Russia's invasion, many people's opinions have changed. In October, the leadership of the Orthodox Church of Ukraine, which is independent of the Russian church and one of two branches of Orthodox Christianity in the country, agreed to allow people to celebrate on December 25th. The choice of dates has significant political and religious implications in a country with rival Orthodox churches, and small changes to rituals can hold a lot of meaning in the ongoing cultural conflict that coincides with the ongoing military conflict.

Christmas celebrations in Ukraine were thrown into disarray following a decree by the Synod of the Orthodox Church of Ukraine that local church rectors can choose which date to celebrate the holiday. This decision triggered criticism by some members of the church, who argued that the change could further divide an already divided country.

According to a report from AP, the city of Bobrovytsia voted to adopt December 25 as the official date for Christmas celebrations, with 200 out of 204 people supporting the change. However, this move faced backlash from some members of the Ukrainian Orthodox Church, who argued that it goes against tradition and could further divide the country along religious lines.