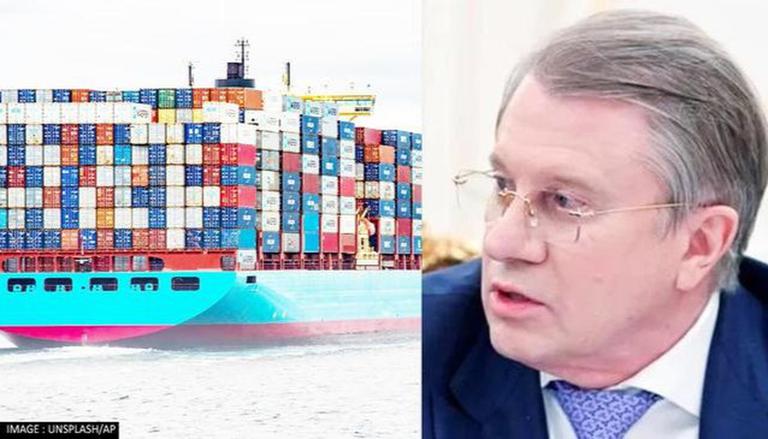 
On the 88th day of the ravaging war in Eastern Europe, Russian Transport Minister Vitaly Savelyev claimed that the West's embargoes have caused major logistical challenges across the country. According to Russian state-sponsored news agency TASS, Savelyev stated on Saturday that Western sanctions on Russia had "practically broken all" logistics corridors utilised by the country for commerce.

During a visit to Russia's Astrakhan, the Russian Minister said, “The sanctions that have been imposed on the Russian Federation today have practically broken all logistics (corridors) in our country. And we are forced to look for new logistics corridors together,” CNN reported.

Following the commencement of a full-scale Russian assault against Ukraine on February 24, Maersk, the world's largest container operator, declared that it would cease business operations in the nation, while FedEx and UPS halted deliveries to Russia. In addition, MSC, Hapag-Lloyd, as well as Yang Ming operators have halted bookings for ships heading for Russia. The European Union, the United States, and Canada have all banned Russian planes from their airspace, Ukrinform reported.

Apart from this, earlier on May 12, Russian President Vladimir Putin stated that the sanctions imposed on Russia by the Western countries are causing a worldwide economic catastrophe. Putin lashed out at the West and the EU at a conference on economic issues, claiming they were "driven by oversized political ambitions and Russophobia." He went on to say that the Western nations have unleashed a barrage of sanctions against Russia, but that this will harm their own economy and populations' well-being.

During the meeting at Russian Duma, Putin said, “West’s sanctions are provoking a global crisis and they will have grave consequences for the EU and also some of the poorest countries of the world that are already facing the risks of hunger,” according to media reports.

Meanwhile, recently, in response to the United States' increasing sanctions, the Russian Federation has placed a permanent ban on over 900 Americans from entering the nation. The Russian Foreign Ministry has issued a "stop list" that contains 963 individuals, including US President Joe Biden, his son Hunter Biden, and Secretary of State Antony Blinken. "We emphasise that the hostile actions taken by Washington, which boomerang against the United States itself, will continue to receive a proper rebuff," the Russian Foreign Ministry stated in a statement.