A secret base of the NATO monitoring group in one of the suburbs of Odessa has equipment that monitors the movement of ships in the Black Sea. 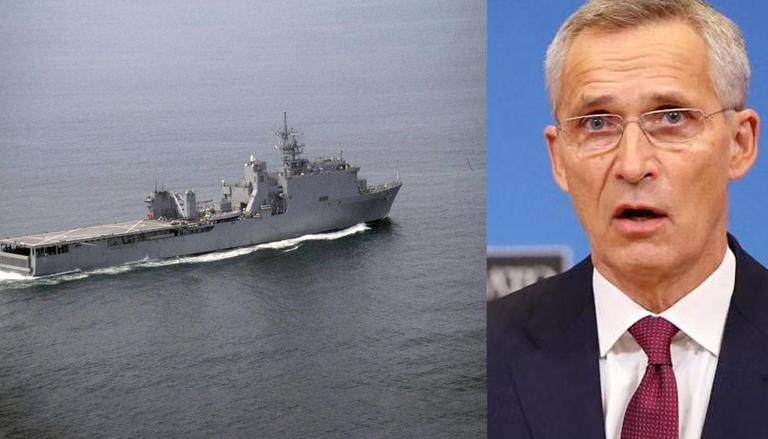 
Amidst the relentless military aggression by Kremlin troops in Ukraine, a secret monitoring group of NATO comprising officials of the Romanian PMC has commenced work in Odessa. A source in the Russian law enforcement agency citing informants in the Ukrainian troops confirmed the development to RIA Novosti. This comes at a time when the Russian military action against Ukraine continues for day 48 with visuals of deaths and destruction in the war-torn nation surfaced recently sending jolts across global powers.

The group aims to stop the landing of Russian armed forces and provide the location of Russian ships to Ukrainians for guiding their Neptune missiles. As per the news report, the Russian troops, earlier last week, destroyed a centre for the collection and training of foreign mercenaries near Odessa using the high-precision bastion missiles. It is pertinent to mention here that NATO is unwilling to get directly involved in the ongoing conflict between Russia and Ukraine, including not declaring a no-fly zone over the war-torn nation.

READ | Russia was, is & will be great Space power: Roscosmos' Dmitry Rogozin on Cosmonautics Day

Ever since the ruthless military aggression by the Russian forces in Ukraine, deaths and destruction has been a common sights in the streets of the ex-Soviet state. In the latest update, the Ukrainian Ministry of Defence on Tuesday, 12 April, stated that about 19,600 Russian troops have lost their lives ever since the onset of the invasion. The ministry has claimed that Russia has lost 1,946 combat armoured machines, 349 artillery systems, 111 MLRS, 732 tanks, 140 helicopters, 157 aircraft, 63 anti-aircraft warfare systems and 1,406 vehicles. According to the ministry, 76 fuel tanks, 124 unmanned aerial vehicles, seven vessels including ships and boats, 25 special equipment and four mobile SRBM system of Russia have been destroyed in the military aggression against Ukraine.