In a major setback for Ukraine, Switzerland has rejected the requests of Denmark and Germany to supply Swiss-made armoured personnel carriers to Ukraine. 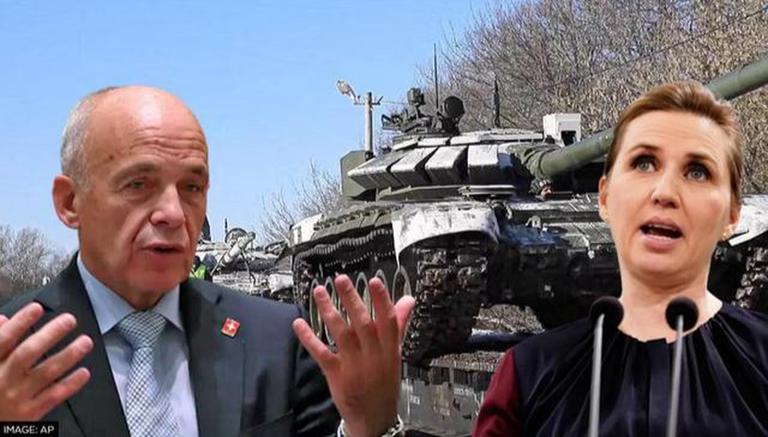 
In a major setback for Ukraine, Switzerland has rejected the requests of Denmark and Germany to supply Swiss-made armoured personnel carriers to Ukraine. According to a report by European Truth, the Swiss government has rejected the proposal citing the neutrality law that bans the export of war material to a country at war. The report mentioned that the German government has requested the transfer of 2,400 Swiss-made 35mm ammunitions for the Gepard self-propelled anti-aircraft guns and the Piranha III armoured personnel carrier. The weapons were originally purchased by Copenhagen and have been stored in Berlin after their decommissioning.

According to the Switzerland weapon law, which is also known as the 'War Material Act,' the arms and ammunition produced in the country must not be used as war material due to the country's stance to remain neutral at the time of conflict. In other words, the act bans the transfer of Swiss-made weapons systems, ammunition and other war material to a country involved in an international conflict. The Swiss administration underscored that Russia and Ukraine are involved in the conflict and, therefore, they would not honour the transfer of Swiss-made weapons to the battleground.

Notably, Friday, June 3, marked the 100th day of the ongoing relentless war. Ever since the onset of the conflict, Ukrainian President Volodymyr Zelenskyy and his counterparts from other countries have been pitching their voices at several international platforms for the supply of advanced weapons to their country. Earlier in May, President Zelenskyy, during his "signature style" of addressing his country, had said there was no way to win the war except the Ukrainian soldiers were given more and more advanced weapons that could deter the aggression of Russian forces.

Earlier this week, US President Joe Biden announced the delivery of advanced weapons to the war-battled nation. However, Biden bulldozed the expectations and demands of Ukraine by stating, "We are not shipping rocket systems that can strike into Russia." It means the range of the rocket system is quite diminutive as expected. Earlier multiple media reports claimed that the US would dispatch rockets which could target around 300 kilometres. Later, it was clarified that the range of such weapons would be only 70km.