A top Kremlin leader criticised the Russian army and the leadership and added he would speak to President Vladimir Putin about the real situation. 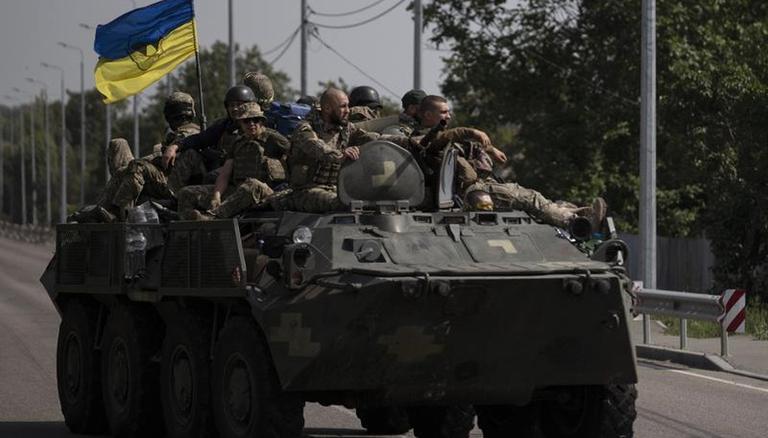 
As the war in Ukraine marked 200 days on Sunday and Ukrainian troops reclaimed several key regions of the country, a top Kremlin leader criticised the Russian army and its leadership saying he would speak to President Vladimir Putin about the recent debacle. In a Telegram post, Ramzan Kadyrov, the Kremlin-appointed leader of Chechnya, questioned the Russian army over the recent advances claimed by the Ukrainian forces. According to Kadyrov, Putin might not be aware of the real state of affairs.

"They have made mistakes and I think they will draw the necessary conclusions," Kadyrov said in an audio message posted to his Telegram channel.

Notably, the critical remark from the top Putin ally came as Ukrainian forces claimed they have regained the southern region of Kherson, which was captured by Russian forces in the opening days of the Moscow-Kyiv war. On Saturday, Ukraine claimed it launched another, highly effective offensive in the northeast, near Kharkiv, resulting in the Russian forces fleeing the region leaving the arms and ammunition in the battleground.

The Russian debacle has provoked outrage among Russian military bloggers and patriotic commentators and criticised Putin for failing to mobilize more forces and take stronger action against Ukraine. Calling the situation "astounding", Kadyrov said if the Russian forces will not change their strategies in the war, he will be forced to speak to the defence ministry and the leadership.

"If today or tomorrow no changes in strategy are made, I will be forced to speak with the leadership of the defence ministry and the leadership of the country to explain the real situation on the ground to them. It’s a very interesting situation. It’s astounding, I would say," he said. Since the onset of the invasion, Russia, on several instances, bolstered the claims and said they planned to keep the captured areas “forever”. However, on Saturday, Ukraine launched a highly effective offence in the northeast, near Kharkiv and regained several regions.

Meanwhile, Ukrainian President Volodymyr Zelenskyy praised the military in a video address and said his forces reclaimed about 2,000 square kilometres of territory so far this month. He also taunted Moscow over its withdrawal, saying the Russian army was “demonstrating the best it can do — showing its back” and “they made a good choice to run.” This prompted top Putin ally to publicly criticise the Russian Defense Ministry for what he called “mistakes” that made the Ukrainian blitz possible. On Sunday, Moscow again targeted civilian infrastructures including power stations.

Calling the attack "a deliberate attack by Russian forces", Zelenskyy termed the aggression on the power station a "terrorist act" as it caused widespread outages across the country. According to the President, the missile attack on the power station ignited a massive fire and killed at least one person. During a night address to the nation on Sunday, he warned the aggressor of repercussions and said Ukrainians will not get frustrated or defeated by cold, hunger, or darkness.