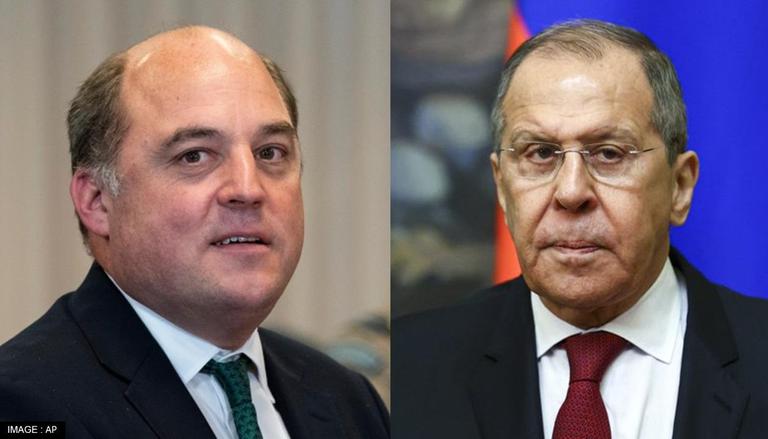 
Hours after Russian Foreign Minister Sergei Lavrov hinted at starting a nuclear conflict, UK Defense Secretary Ben Wallace reacted vehemently and said that the NATO allies could also use the lethal weapons to defend themselves. While speaking on the 61st day of the war, Lavrov accused NATO of pouring oil on the fire by supplying Ukraine with weapons. The Russian diplomat also warned against provoking a third world war and said the threat of a nuclear conflict "should not be underestimated", reported Sky News. "War means war", he affirmed while speaking about any possibility of Russia using nuclear weapons.

Meanwhile, reacting to Lavrov's provocative statement, Wallace threatened Moscow with NATO nuclear capabilities. He told the British Parliament that the UK can use them to defend itself and NATO "if necessary". Irrespective of Lavrov's claim, Russia's First Deputy Permanent Representative to the United Nations Dmitry Polyanskiy had earlier rejected the possibility of using nuclear weapons. He had said Moscow would use them if the existence of the state came under threat.

Amid the ongoing war between Russia and Ukraine, President Vladimir Putin recently showcased his power to the West by launching a new intercontinental ballistic missile, Sarmat, on Wednesday. During its launch, Putin said that the latest missile launch is capable of firing up to 15 nuclear warheads in a single strike. According to him, the launch of Sarmat is able to overpower all modern means of missile defence and would make the West “think twice” before harbouring any aggressive intentions against Moscow. "There is not — and won’t be — anything comparable in the world," he said.

Russia initiated a full-fledged war against Ukraine nearly two days after Russian President Vladimir Putin signed a decree recognising the independence of breakaway regions Donetsk and Luhansk. Putin's action came despite the West's repetitive warning. On February 24, the Russian troops started a military operation against Ukraine. Since then, it has been bombarding several cities in Ukraine, resulting in the killing of thousands of civilians. On Friday, Ukrainian President Volodymyr Zelenskyy appealed to his Russian counterpart to end the war immediately but added that he would not let the Russian forces take a single piece of Ukrainian land.