According to UK's intelligence update, Russia has been able to make "greater local successes" than it had achieved earlier in the war by deploying forces. 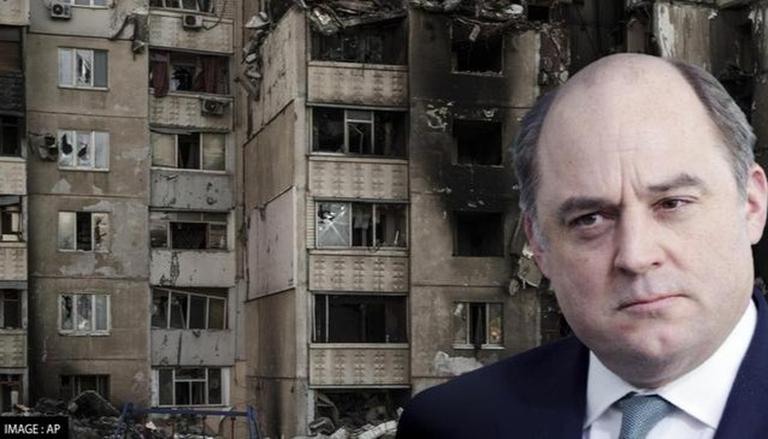 
The UK Defence Ministry on Tuesday issued its daily assessment regarding the ongoing crisis in Ukraine. The British ministry stated that Russia aspires to occupy Donetsk and Luhansk regions in Ukraine. It further stated that occupation of Lyman by Kremlin troops supports their operational efforts to encircle Severodonetsk and the closure of the pocket around Ukrainian forces in Luhansk.

"Russia’s political goal is likely to occupy the full territory of Donetsk and Luhansk Oblasts," the British Defence Ministry said in the intelligence update.

According to UK's latest intelligence update, Russia has been able to make "greater local successes" than it had achieved earlier in the war by deploying forces and firing in smaller areas. The British Defence Ministry, in the intelligence update, has said that troops of Russia's Southern Grouping of Forces, with the support of Central Grouping of Forces, continue to attack from the north. It further pointed out that even though the progress of the Russian armed forces remains slow, they, however, continue to hold their gains. The UK ministry further stated that routes into the pocket continue to remain under the control of Ukrainian forces. According to the British Defence Ministry, heavy shelling and street fighting continue on the outskirts of Sieverodonetsk. The ministry, in the intelligence update, said, "Russia will need to secure further challenging operational objectives beyond Sieverodonetsk, including the key city of Kramatorsk and the M04 Dnipro-Donetsk main road."

Find out more about the UK government's response: https://t.co/IQeojTdiEP

Notably, the UK government has been offering defence and humanitarian assistance to Ukraine ever since Russia launched its military offensive on February 24. In the latest update, the UK Defence ministry on Monday, May 30, launched a campaign to enhance defence innovation in supporting the Ukrainian forces. The ministry launched a £25 million campaign fund for the design and delivery of equipment to Ukraine in the coming months. The British Defence Ministry has urged the UK industry to ramp up the development of equipment for the Ukrainian armed forces. The competition is aimed at bolstering the existing provision for artillery, coastal defence and aerial systems.

According to the UK government, the requirements fall into four categories - artillery, coastal defence, military logistics and resupply as well as unmanned aerial system. The government has asked companies to submit the proposals by June 10. According to the statement released by the government, the UK administration has committed more than £2.8 billion (₹2,74,58,62,35,644)  to Ukraine through humanitarian aid and military kit. The British Defence Procurement Minister Jeremy Quin in the statement said, "Since Russia’s brutal invasion UK defence suppliers with active support from MOD and DE&S have taken equipment from desktop ideas to the front line. This £25m plus fund is designed to capture ongoing work and support innovative ideas to meet Ukrainian defence requirements."

A £25 million fund is available to support innovative equipment for 🇺🇦's armed forces.

The 🇬🇧 Defence industry are being challenged to use their expertise to help supply artillery, coastal defence and unmanned aerial systems.