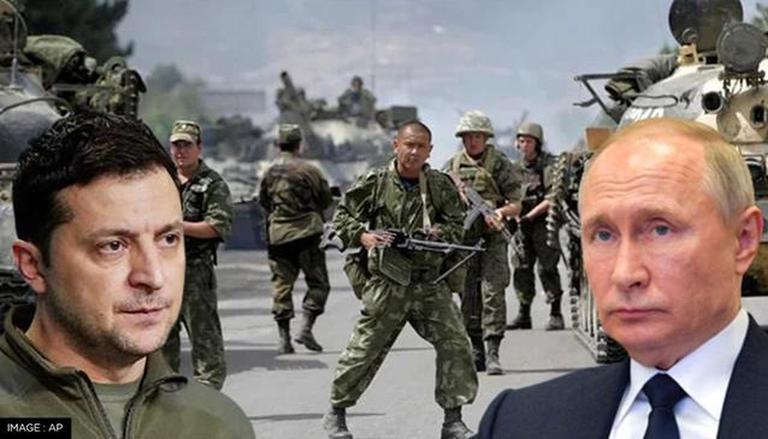 
As the war in Eastern Europe entered its 108th day, the Ukrainian Ministry of Defense’s Main Intelligence Directorate claimed that it believes Russia has the financial resources to keep the war running at its current pace "for another year." Taking to Telegram, it said that the Kremlin's leadership would most likely attempt to halt the conflict for a while in order to persuade the West to ease sanctions, but will subsequently resume assaults.

Ukraine’s military intelligence directorate further added, “Russia’s economic resources will allow the occupying country to continue the war at its current pace for another year.” It went on to say that Russia's objective is "all of Ukraine, not only Ukraine", The Guardian reported.

In addition to this, Ukraine's deputy chief of military intelligence has stated that Ukraine is losing on the frontlines against Kremlin and is currently relying nearly entirely on western weaponry to keep Russia at bay. Vadym Skibitsky, the deputy head of Ukraine's military intelligence, warned by saying, “This is an artillery war now.” He told The Guardian that the future will be decided on the frontlines and Ukraine has been losing “in terms of artillery.”

Skibitsky stressed, “Ukraine has one artillery piece to 10 to 15 Russian artillery pieces. Our western partners have given us about 10% of what they have.” He added, “Everything now depends on what (the west) gives us,” The Guardian reported. According to Skibitsky, Ukraine uses 5,000 to 6,000 artillery rounds every day.

Last week, Zelenskyy revealed that nearly every day between 60 and 100 Ukrainian troops have lost their lives, with another 500 injured.

Apart from this, according to a Facebook post by the Ukrainian Prosecutor General's Office, 263 children have died since Russia launched its attack on Ukraine on February 24. According to the Office, over 754 children have been wounded in Ukraine as a result of Russian military activity. Children were the most impacted in the Donetsk area, according to statistics given by the Prosecutor General's Office, with a total of 192.

Meanwhile, on Friday, Vadym Boychenko, the Ukrainian mayor of Mariupol, reported that the Russian military occupying the damaged Mariupol city demolished roughly 1,300 high-rise apartment complexes without properly removing hundreds of dead bodies buried beneath the rubble. "The real number of bodies under the rubble of destroyed houses is frightening," Mariupol's mayor stated in a Telegram channel of the local council. He further added, "Almost 50 to 100 people were killed under almost every destroyed house, and 1,300 high-rise buildings were destroyed in Mariupol.”