On the 87th day of Russian aggression in Ukraine, Foreign Minister of Ukraine, Dmytro Kuleba stated that only Ukraine will define when and how the conflict ends 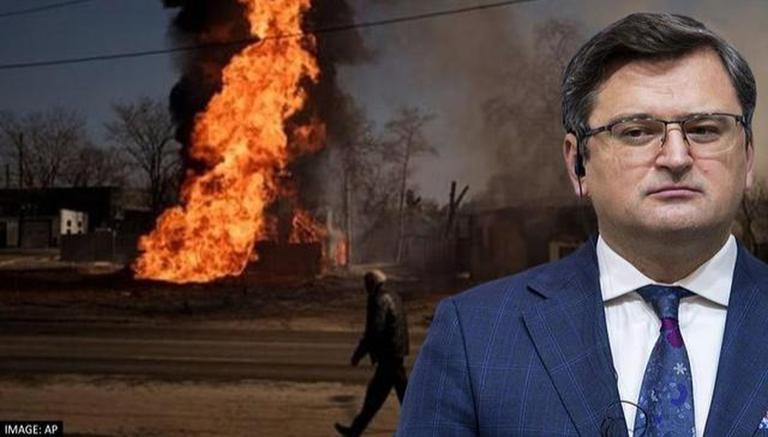 
On the 87th day of Russian aggression in Ukraine, the Foreign Minister of the war-ravaged country, Dmytro Kuleba stated that only Ukraine will determine when and how the conflict with Russia culminates. He further asserted that Ukrainians will not abandon their homeland during the conflict. Ukrainian President Volodymyr Zelenskyy has continuously said that they will fight with the Russian forces for their freedom and sovereignty.

Kuleba shared a post on Twitter stating that only Ukraine can decide when and how the war ends. He also noted that following a horrific Russian armed attack, they have exercised their right to self-defence under UN Charter Article 51. Kuleba continued by stating that they don't need other people's land, but they won't give up what they have and continue to fight. In the meantime, a report by New York Times suggests that in order to end the war, Ukraine would almost certainly have to yield some territory to the Russians.

Ukraine, and only Ukraine will define when and how the war ends. We exercise our right to self-defence under article 51 of the UN Charter following a brutal armed attack. President @ZelenskyyUa has been clear. We don’t need anyone else’s land, but we won’t give up on what’s ours.

Earlier in the day, Foreign Minister Kuleba blamed Russia for putting millions of people at risk of hunger by blocking Ukrainian ports. He claimed that Ukraine has established two alternative land routes to deliver food exports and save Africa and other regions from hunger. He also stated that some people argue that Russia must not win, while others argue that Ukraine must not lose but he believes that it is past time to put aside unnecessary doubts and complications and formulate the aim clearly, which is that Ukraine must win. Kuleba further stated that setting specific goals makes achieving them much easier.

Only diplomacy can end conflict: Zelenskyy

Ukraine's President Zelenskyy, on the other hand, said that only diplomacy can end the conflict. In an interview with a Ukrainian television station, Zelenskyy stated that discussions between Ukraine and Russia will surely take place but he doesn't know in what format it will take. He continued by stating that the war is bloody and that the fighting will continue and only diplomacy will be able to bring it to a conclusion. He said that some matters can only be resolved at the negotiation table. The President claimed that they want everything to go back to the way it was before.