According to the norms of international law, Belarus is a co-aggressor because it voluntarily provided its territory for Armed Forces of Russia, says Ukraine. 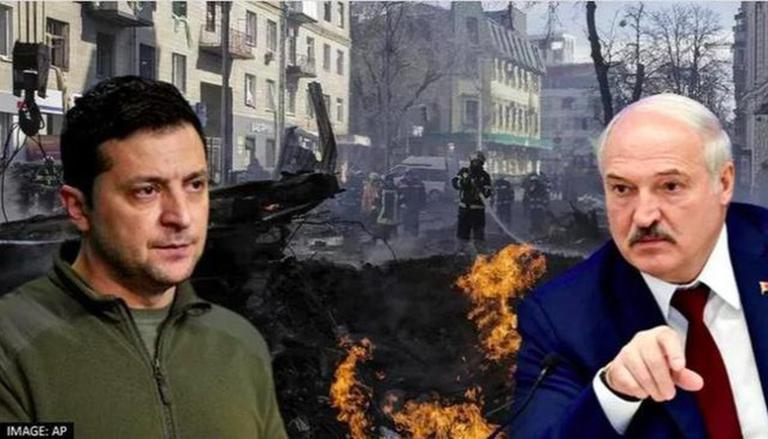 
Ukraine parliament’s officials on May 26 introduced a Bill that would recognise Russia’s staunch ally Belarus as a "co-aggressor" and will foster sanctions against Minsk’s regime, as is the case with Moscow. After Ukraine accused Belarus of hosting Russian troops on its territory that launched attacks on Ukraine, it is set to approve a law to impose the economic and other restrictive measures against Russia’s neighbour. Ukraine’s Verkhovna Rada is also developing a mechanism for seizure of assets and scrapping properties rights of Belarus, as it held the state equally accountable for ”actively supporting the military aggression of the Russian Federation against Ukraine.”

According to the norms of international law, Belarus is a co-aggressor, because it voluntarily provided its territory for the Armed Forces of the Russian Federation to commit acts of aggression against Ukraine,” the bill accessed by Russia’s state affiliated agency Tass read on May 26. “Thanks to such support, Russian troops approached Kyiv two days later, capturing the Chernobyl nuclear power plant, the cities of Slavutich, Irpen, the villages of Ivankov, Gostomel, Buchu and other settlements in the north of Ukraine," the document further read.

Kyiv to revoke dual citizenship of Belarusian citizens in Ukraine

Kyiv is also planning to bring a provision to revoke the dual citizenship of Belarusian citizens living in Ukraine. Just recently, Ukraine also passed formal orders restricting any movements near the Belarusian border. The decree remains in effect until martial law was lifted. Belarus's Chief of the General Staff, Viktor Gulevich meanwhile deployed the Belarusian forces to the Ukrainian border since "the United States and its allies" continue to enhance their military presence near its frontiers.

President of Belarus Alexander Lukashenko also pushed the Russian-led military alliance, Collective Security Treaty Organisation, to remain unified during its meeting in Moscow. There were also rumours that the Belarusian airborne force was planning an invasion of Ukraine from another direction. As per media reports, some of the forces were getting ready to deploy in or around Kyiv and Zhytomyr. Russian and Belarusian forces were also seen assembling at least two military cargo planes that took off from an airstrip in the West. Ukraine has accused Belarus of planning to invade its territory, adding that Russia has dragged its ally into the war and has been staging air attacks on Belarus from Ukrainian air space.