The Ukrainian parliament on Sunday approved Kyiv's exit from a range of agreements within the Commonwealth of Independent States (CIS). Read on 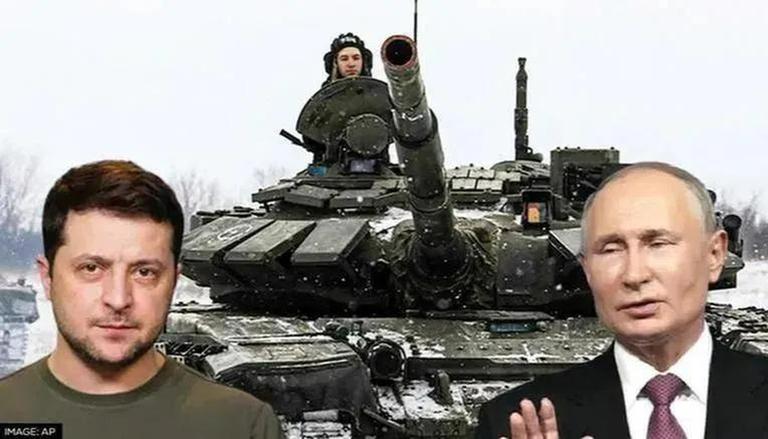 
The Ukrainian Parliament Verkhovna Rada on Sunday approved Kyiv's exit from a range of agreements within the Commonwealth of Independent States (CIS). The agreements were deemed "useless or obsolete" by Ukrainian parliamentarian Taras Melnichuk, as quoted by Tass News Agency. He added that the implementation of the decrees also partially threatened the national security of Ukraine.

The lawmakers also endorsed the bill on the withdrawal from the amendments to the agreement on Interstate Courier Communication.

In a move to cut cultural ties with Moscow, the Ukraine parliament on Sunday introduced two legislations in order to restrict Russian music and books import. The draft bill endorsed by Kyiv lawmakers approved a ban on book printing by Russian citizens unless they give up their native passports and adopt Ukrainian citizenship. Reportedly, the ban applies to authors who hold Russian citizenship after the collapse of the Soviet Union in 1991.

We are working 💪
New Laws adopted today by the Verkhovna Rada of #Ukraine.#StopRussia #StandWithUkraine pic.twitter.com/LzGtSLmIkZ

The legislation also prevents the import of Russian books from Moscow's ally, Belarus, and other occupied territories without special permission for the purchase. Further, such publications will also not be allowed to enter Ukraine through other countries. The Verkhovna Rada agreed to "Law 0149 that terminated the agreement between the Government of Ukraine and the Government of Russian Federation on scientific and technical cooperation," Member of Parliament from Servant of the People's Faction, Chairman of the parliamentary subcommittee on the Rules of Procedure Pavlo Frovlov said in a Telegram statement.

The 🇺🇦 Parliament has banned the import of books and other publishing products from russia and belarus.
The relevant law was adopted at the plenary session on June 19. The constitutional majority of the Rada voted "FOR" – 306 votes.
Details 👇#StopRussia #StandWithUkraine pic.twitter.com/TO6IWSra4A

Kyiv puts a brake on music by Russians

The lawmakers also indefinitely suspended the playing of music made by Russians after the post-Soviet breakdown. The bill said that tracks by post-1991 Russians will not be played in music outlets or on public transportation. It also pushes Ukrainian television and radio programmes to play more native language speech and music content. "The laws are designed to help Ukrainian authors share quality content with the widest possible audience, which after the Russian invasion do not accept any Russian creative product on a physical level," said Ukraine Culture Minister Oleksandr Tkachenko, as quoted by New York Post.

The Ukrainian Parliament also voted in favour of a bill that introduced incentives for the uplifting of Ukraine's publishing market looking at important factors like national security and humanity development, Ukrinform reported. Notably, the bills that are expected to limit Russian books and music imports are yet to be signed into law by Ukrainian President Volodymyr Zelenskyy. The new rules are in light of the escalating Russian onslaught in Ukraine and in line with what Kyiv describes as "de-Russification" or "de-communisation" i.e. Ukraine's motive to shed hundreds of years of rule by Moscow.