The Ukrainian president doubted that "Ukraine will get everything back" as Russia’s troops surrounded the eastern city of Severodonetsk in the Donbas region. 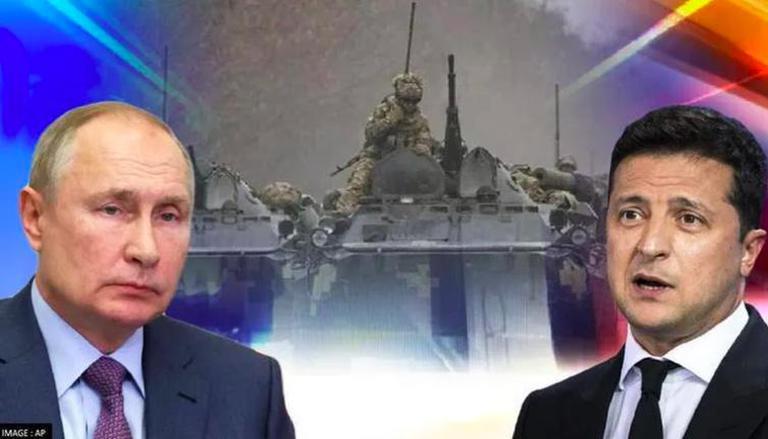 
As "indescribably difficult" fighting continues in eastern Ukraine, Ukraine’s President Volodymyr Zelenskyy said that not all lost territory such as the Crimea will be retaken by military means from Russia’s troops as it implies terrible loss of human lives. Zelenskyy appeared sceptical, as he dismissed that all the land seized by Russia since 2014, which includes Crimea, could be recaptured by Ukraine’s forces.

He reiterated that the situation is “very complicated, especially in those areas in the Donbas and Kharkiv region.” The Ukrainian President said that the Russian army has intensified assaults on multiple fronts as it is trying to “squeeze at least some result” from the conflict.

Zelenskyy doubts Ukraine will 'get everything back'

After capturing the rail hub of Lyman, Russia’s armed forces have stepped up the assaults on Severodonetsk as they continue to make territorial gains. "But our defences are holding up. It's indescribably difficult there," Zelenskyy said in a recorded message. "I do not believe that we can restore all of our territories by military means. If we decide to go that way, we will lose hundreds of thousands of people," he added.

Zelenskyy doubted that "Ukraine will get everything back." Russia’s state-affiliated media said on Sunday that Russian troops have "surrounded" the eastern city of Severodonetsk. While Ukraine's Armed Forces contested those claims saying that the fighting was still ongoing.

The Russian Defense Ministry announced at a briefing that Lyman, the second city to fall this week, had been “completely liberated” by Russian soldiers and the Kremlin-backed separatists. The latter have been fighting with Ukrainian forces since eight years in the industrial Donbas region. Capturing Lyman has given Russia’s military another foothold in the region as the small city acts as a bridge for troops to cross the Siverskiy Donets river and move military equipment.

In his nightly address, however, Zelenskyy lambasted the Russians for destroying Ukraine's eastern city of Lyman, saying that the city and the Donetsk region’s large railway hub north of two more key cities were still under Ukrainian control. Russia's troops are encircling and trying to seize the city of Sievierodonetsk, he admitted.

“If the occupiers think that Lyman or Sievierodonetsk will be theirs, they are wrong,” the Ukrainian president said in his nightly video address. “Donbas will be Ukrainian,” he asserted.