The United Nations Independent International Commission of Inquiry will submit reports of its activities to the UN General Assembly in October. 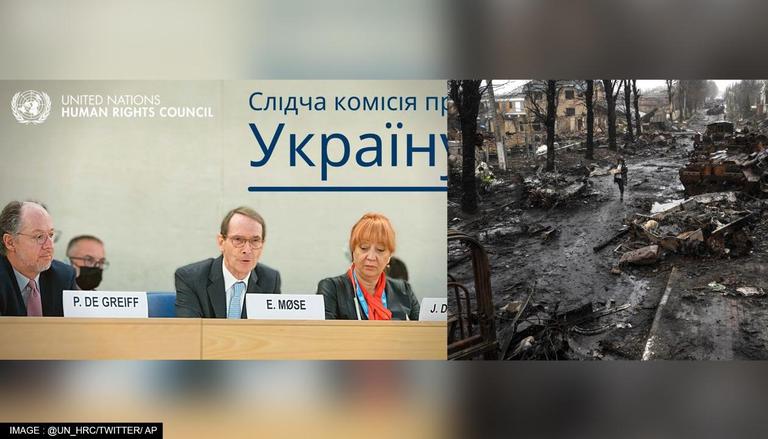 
A United Nations delegation will visit Ukraine from June 7-16 to collect evidence of war crimes executed by Russian forces since the onset of the brutal war on February 24. This will be the first time when the team of the United Nations Independent International Commission of Inquiry will travel to the war-ravaged country. The Commissioners intend to visit several locations in Ukraine, including Lviv, Kyiv, Kharkiv and Sumy, to get first-hand information on alleged human rights violations and abuses, and international humanitarian law violations.

According to the statement released by the UN agency, the team will also meet victims, witnesses and internally displaced persons in order to make the report more concrete. "The three Commissioners taking part in the mission, Erik Mose (Chairperson), Jasminka Dzumhur and Pablo de Greiff, are expected to meet government officials, including key ministers, and members of civil society and United Nations agencies, to discuss the situation in the country," according to the release.

What role is expected from the members of the UN agency?

Notably, the UN Independent International Commission of Inquiry on Ukraine is an independent body mandated by the UN Human Rights Council. They will investigate all alleged violations and abuses of human rights and violations of international humanitarian law, and related crimes in the context of the aggression against Ukraine by the Russian Federation. The team will also be responsible to establish the facts, circumstances and root causes of any such violations and abuses. "It will also collect, consolidate and analyse evidence of such violations and abuses, including their gender dimension, in view of any future legal proceedings," said the agency.

Team to submit evidence of Russian war crimes by October

After the assessment, the Commissioners will hold a press conference towards the conclusion of their mission on June 15. Details will be shared closer to the date. The Commission will submit reports of its activities to the General Assembly in October 2022, and to the UN Human Rights Council in March 2023.

It is pertinent to mention here that Russia initiated a full-fledged war against Ukraine on February 24, two days after Russian President Vladimir Putin signed a decree recognising the independence of the Donetsk and Luhansk regions. Since then, it has been bombarding several cities in Ukraine, resulting in the killing of thousands of civilians and the loss of infrastructure