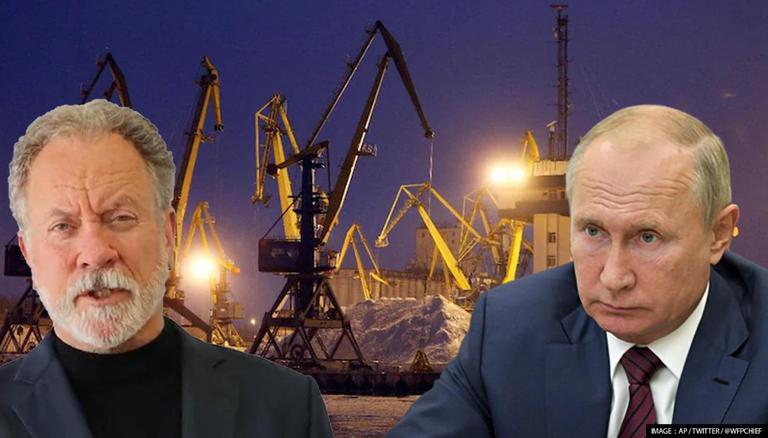 
Amid the escalating war between Russia and Ukraine, the head of the United Nations World Food Programme (WFP) has urged Russian President Vladimir Putin to unblock Ukrainian ports to stop children from starving. David Beasley, the Executive Director of the UN World Food Programme, called on Putin to "have a heart." Speaking to CNN at the World Economic Forum in Davos, Beasley warned that the war between Russia and Ukraine has resulted in the "breadbasket of the world becoming the breadline of the world."

David Beasley warned that 325 million people across the world are facing starvation, with 49 million people now reaching "famine's door". Speaking to CNN, Beasley stressed that people around the world are facing a food security crisis while terming the crisis as "immediate and long term". Expressing concern over the situation, he said that how will they feed 10 to 13 billion people when they face problems in feeding 7.7 billion people. Similar remarks were made by Ukrainian President Volodymyr Zelenskyy in his address at the World Economic Forum in Davos on May 23. He had called on the international community to help Ukraine in reopening sea ports to avoid the global food crisis.

Earlier on May 24, European Commission President Ursula von der Leyen accused Russia of "deliberately" bombarding grain warehouses across Ukraine. In her address at the World Economic Forum in Davos, Leyen said that Russian warships continue to block Ukrainian ships carrying wheat and sunflower seeds in the Black Sea. The EU Commission President accused Russia of disrupting food exports from Ukraine in order to "blackmail" to increase global prices.She stated that the bread prices in Lebanon have increased by 70% and shipments from Odesa have not reached Somalia.

The EU Commission President highlighted that there are 20 million tons of wheat stuck in Ukraine. According to Ursula von der Leyen, Ukraine before the war usually exported 5 million tons of wheat each month and now it has been reduced to 1 million tons. She stated that Europe is working to get grains out of Ukraine to global markets and emphasized that it will help Ukrainians with the revenue. Furthermore, Leyen accused Russia of "weaponising" its energy supplies.

"Russia is now hoarding its own food exports as a form of blackmail – holding back supplies to increase global prices, or trading wheat in exchange for political support. This is: using hunger and grain to wield power," Leyen said in her address.

Today, @wef must address the costs and consequences of Putin’s war of choice.

This is putting our whole international order into question.

And that’s why countering Russia’s aggression is a task for the entire global community.
https://t.co/fU59uhpiuB