The Russia-Ukraine war has continued for over five weeks now and has resulted in annihilation of several politically and culturally significant buildings. 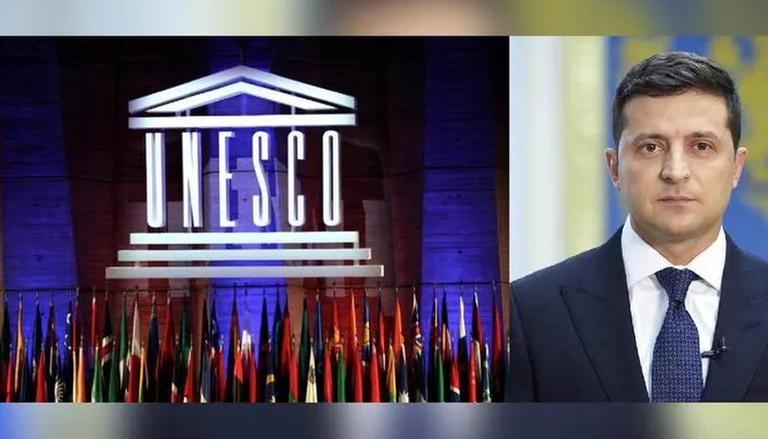 
The Russia-Ukraine war has continued for over five weeks now and has resulted in annihilation of several politically and culturally significant buildings. On Friday, the United Nations Educational, Scientific and Cultural Organization (UNESCO) reported that at least 53 cultural monuments have been destroyed in the ongoing conflict. It is pertinent to note that the ex-Soviet state hosts a total of seven UNESCO world heritage sites, including the Chersonese, Saint Sophia Cathedral amongst others.

Meanwhile, addressing reporters in Paris, UNESCO Deputy Director General for Culture Ernesto Ottone Ramirez revealed amongst the 53 monuments that were destroyed in the conflict, 29 are churches, 16 are historical buildings , four are museums and four are monuments. He further highlighted that the northern city of Kharkiv was the most affected city in the battle, as reported by Turkish daily Daily Sabah. The official further warned that the numbers could increase in future as assessment is ongoing. “This is the latest list, but it is not exhaustive, as our experts are continuing to verify a number of reports, filed by Ukrainian authorities.”

It is important to note that Kremlin’s troops have bombarded the Holocause Memorial, the State Theatre of Opera and Ballet and the Art Museum as a part of their ongoing military offensive on Ukraine. Other city that has been affected is Chernihiv, one of the oldest cities in Ukraine with numerous churches and monasteries dating from the 10th to the 19th century. Among them is St. Catherine's Church, which is on the UNESCO list of destroyed and damaged buildings. Last week, Kremlin said that it would withdraw its troops from the city.

.@UNESCO is mobilized in #Ukraine and works with all actors in #education, #culture and #media on the ground to assess damage and deliver emergency support.

More recently, Lviv, the cultural capital of Ukraine has also come under attack. The western city houses world heritage churches, picturesque cobblestone streets, coffee kiosks amongst other things. Earlier this week, the Zelenskyy administration called on UNESCO to move the 45th session from Kazan, Russia to Lviv alleging the humanitarian crisis and war crimes committed by the country during the course of its invasion.  "Once again, I call on UNESCO to transfer the 45th session from Kazan to Lviv. The Russian Federation, which cynically destroys everything in its path with its own hands, cannot be the organizer of the session and a participant in the organization!” Ukrainian Culture Minister Oleksandr Tkachenkowrote to UNESCO.