A US army major doctor and her wife, a civilian doctor, have been accused of a conspiracy for leaking information to the Russian government 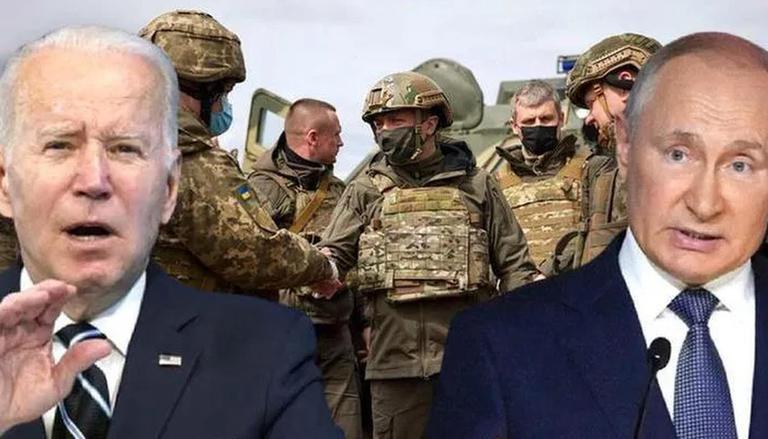 
Amid the ongoing brutal war in Eastern Europe, a United States army major doctor and her wife, a civilian doctor, have been accused of a conspiracy for leaking information to the Russian government. They both have been arrested for their alleged involvement in a criminal conspiracy to provide Russia with private medical information about individuals connected to the American military and government. Federal prosecutors claimed that the couple—Major Jamie Lee Henry, 39, and 36-year-old anesthesiologist Anna Gabrielian—wanted to help Moscow amid the ongoing conflict with Kyiv, CNBC reported.

As per an eight-count indictment released on Thursday in federal court in Baltimore, the couple from Maryland thought they were giving medical information to a representative of the Russian Embassy. But in fact, an undercover FBI agent received the private information. According to the BBC report, the two allegedly admitted to the FBI agent that they were driven by Russian patriotism.

Furthermore, the couple's representatives have not yet offered any comments on the situation as well as the Russian government has given no statement.

According to the prosecutors, the pair aimed to "gain insights into the medical conditions of individuals associated with the US government and military" for the Russian government.

US army doctor & her wife charged for information leak to Russia

The indictment further claimed Major Henry intended to exploit her security clearance to get access to the hospital at Fort Bragg, the sizable military installation where she worked, to view confidential medical information. Dr. Gabrielian is accused of planning to disclose material from her place of employment, which is thought to be Baltimore's Johns Hopkins Hospital. A few months back, following Russia's invasion of Ukraine, she allegedly offered assistance to the Russian embassy in Washington, BBC reported.

In addition to this, Gabrielian in the middle of August was approached by a man who claimed to be from the Russian embassy but was actually an FBI agent. She informed the agent during their meeting, according to the indictment, that she was "motivated by patriotism toward Russia to provide any assistance she could to Russia, even if it meant being fired or going to jail," BBC reported.

She is accused of informing the agent that she had access to medical records at the facility and knowledge of how the US was preparing its forces to aid Ukraine while also proposing to bring her wife into the plot.

Major Henry allegedly disclosed to the agent at a later meeting on the same day that she was likewise devoted to Russia and had thought about enlisting in the Russian army. She reportedly stated that she had concerns about the couple's alleged violation of the Health Insurance Portability and Accountability Act (HIPAA).

It is pertinent to mention that the very first known active-duty Army officer to come out as transgender was Henry, according to reports from 2015.

Meanwhile, Magistrate Judge Brendan Hurston has ordered Gabrielian released into home detention with electronic monitoring on an unsecured $500,000 bail, while Henry was freed without posting a bond and placed under electronic surveillance, CNBC reported. The defendants may spend up to five years in jail for the conspiracy and ten years for each count of revealing personal health information if found guilty.