"Corruption must be combated even as Ukraine defends itself against Russia's war of aggression. Russia's war poses an external threat," a top US official said. 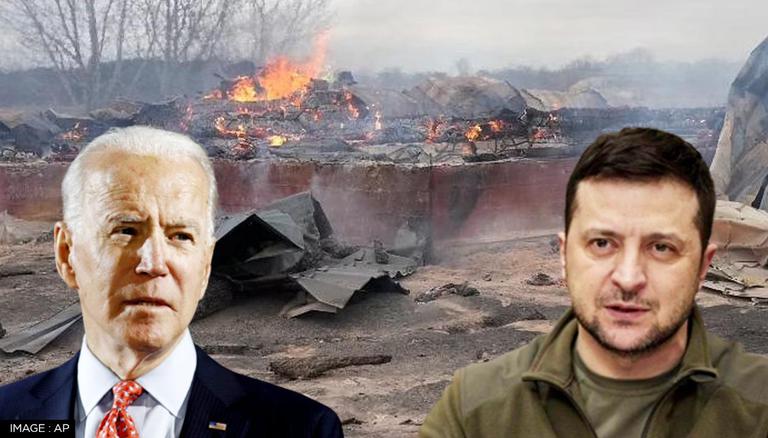 
The United States on Tuesday, July 26, called on Ukraine to select a "credible" top prosecutor to handle war strategies as the Russian military offensive raged on in the eastern Donbas region. In a sweeping step, Ukraine's President Volodymyr Zelenskyy had earlier sacked Ivan Bakanov, head of the Security Service of Ukraine and Prosecutor General Iryna Venediktova for allegedly committing treason and covertly giving intelligence to the Russian forces. The Ukrainian head of the state had also fired at least 60 other key officials whom he announced had transferred the secret information to the enemy, and had also cooperated with the Russian special services.

Urging Kyiv to take stringent action against the alleged corruption, US State Department spokesperson Ned Price said: "We join the people of Ukraine in emphasising the importance of transparently appointing a highly qualified and truly independent successor as prosecutor general." Furthermore, he added that the "independence and impartiality of the prosecutor general is vital to ensuring the integrity of accountability efforts in Ukraine." Price also stressed that it is integral for Ukraine to crackdown on the corruption among its officials as it seeks membership in the European Union (EU).

In a controversial remark, Russia's foreign minister Sergey Lavrov said that Moscow’s so-called "ultimate goal" in Ukraine has been a regie change, adding that the Russian Federation intends to topple the government led by Ukrainian President Volodymyr Zelenskyy. Lavrov made the remarks as he spoke at a conference in Egypt during his tour of Africa. The Russian minister also stressed that Moscow's special military operation aims at “liberating Ukrainians themselves from the burden of this absolutely unacceptable regime", referring to Zelenskyy's government. Lavrov also accused Kyiv and “its Western allies” for trying to isolate Russia and spreading the war propaganda.

The Foreign Minister of the Russian Federation has also blamed the US of flaring the war by supplying weapons to Ukraine as well as waging a proxy war with Moscow. Lavrov said "collective West" has been afraid of the honest competition and therefore behaves "deceitfully" by cancelling the culture of any nation with a strong national identity.

"The West is scared of honest competition, this is widely known. This is why they ‘cancel’ the culture of any country speaking from its own nationally oriented positions, prohibit TV channels from broadcasting, ban unwanted politicians on social networks and remove everything from the public space that disagrees with the neo-liberal concept of the world order," he told TASS.