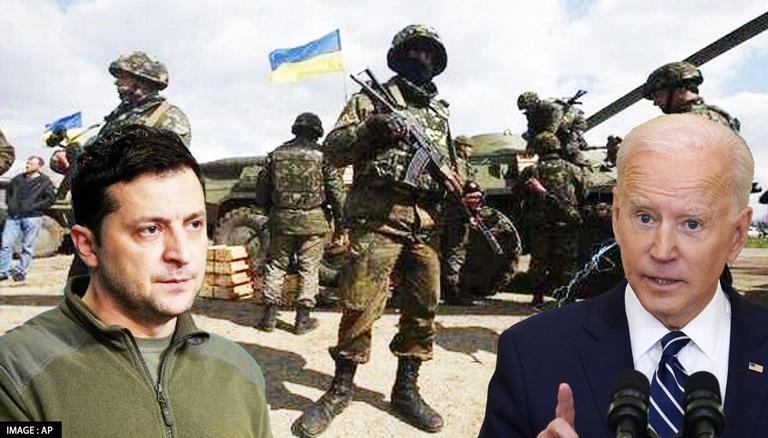 
Amid the ongoing ravaging war in Eastern Europe, a top US military officer revealed that Washington trained Ukrainian troops who allegedly sank Russian warships earlier in 2022. However, the officer also clarified that the training was not provided in the United States. Speaking at an event on Wednesday, Bill LaPlante, the US Defense Undersecretary for Acquisition and Sustainment, discussed alleged operations in June involving Harpoon anti-ship missiles while highlighting Washington's continued support for Kyiv during its fight with Moscow since war broke out in late February.

Describing the arms transfer to Ukraine, LaPlante said, "We got the missiles off the ship, put them on some flatbed trucks, including the Harpoons and the modules, on the flatbed truck. We trained Ukrainian troops during  Memorial Day weekend in June and the very next week two Russian ships were sunk with those Harpoons," RT News reported. The Pentagon previously asserted a supply ship was sunk with harpoons, but the official declined to name the specific Russian warships in question. However, the alleged attack has not yet been confirmed by the Russian Armed Forces.

According to another US military official, the training was conducted under the supervision of US forces and foreign allies but the instructions were actually delivered by a "vendor." However, the officer did not elaborate which "vendor" he was talking about. Notably, Ukraine first deployed the US-made anti-ship weapon in June after receiving a shipment from Denmark. Later, as part of a $1 billion aid package to Kyiv, Washington promised to provide two vehicle-mounted versions of the system.

US continuously supported Ukraine since onset of war

It is pertinent to mention here that the US along with its allies have continuously supplied military as well as humanitarian assistance to Ukraine since Russia launched a full-fledged war on February 24. Meanwhile, the US is also planning to provide fighter jets to Ukraine. In late August, the Pentagon stated that the issue of providing fighter jets to the war-torn nation is on the table but no final decision has been taken so far. Dr Colin Kahl, Undersecretary of Defense for Policy, claimed that the US is focused on providing fourth-generation fighter aircraft to Ukraine, but it will take a few years to facilitate their delivery.