As the war has entered a new phase, it may be appropriate to send warplanes to Ukraine in the “medium to longer term,” a source familiar with development, said. 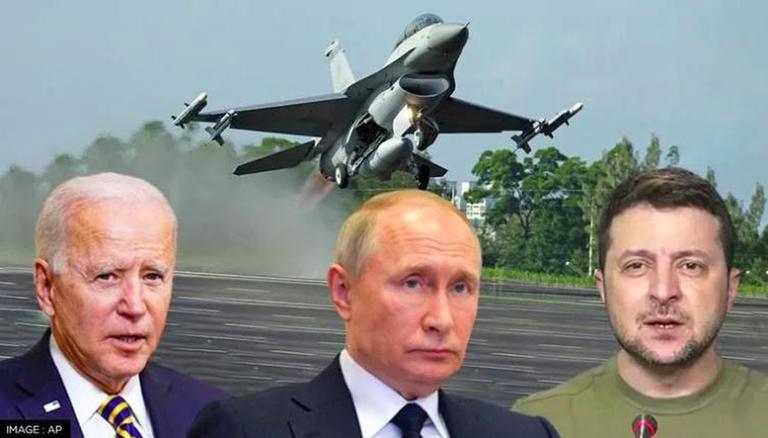 
The US has been in discussion with allies and partners on whether to send warplanes to Ukraine in the future military package in addition to the advanced weaponry, a US defence official has said, according to the Financial Times. Ukraine's Western allies have been emboldened by last week’s successful offensive against Russia in Kharkiv region, and have now been in talks to cater to the European nation's  "longer-term needs,” the official told the paper. As the war has entered a new phase, it may be appropriate to send warplanes to Ukraine in the “medium to longer term,” a source familiar with the development, said.

US to supply equipment to Ukraine to prosecute 'counteroffensive'

The US and its Western allies had previously refused to send the fighter jets to Ukraine over fears that would bring the Russian forces into direct confrontation with the US. They had also stated that it might take a long to train Ukrainian pilots to use the warplanes effectively for counteroffensive aerial combat roles. Ukraine had, however, managed to make a deal with the former Warsaw Pact member, Slovakia for the provision of older Soviet-made jets to protect the Ukrainian skies. As US Secretary of State Antony Blinken claimed that Ukraine forces have been able to make “significant progress” using Western weaponry to recapture territories, he stressed that Washington was now committed to supporting Kyiv “in terms of making sure that it has in its hands the equipment it needs to prosecute this counteroffensive."

In order to counter Russia's powerful aerial assaults on Ukrainian soil, Ukraine's former president who led the country from 2014 to 2019 also demanded that the "game-changer" F-16 fighter jets must be supplied by the US to launch a counter-offensive against the invading Russian troops. President of the Russian Federation, Vladimir Putin, has been "exhausted" from the war, Ukraine's ex-president Petro Poroshenko said in an interview with Newsweek. Therefore, Ukraine's Air Force quickly needs F-16s to attack the Russian aircraft that have been conducting airstrikes on the civilian infrastructures in order to avoid the conflict from dragging into 2023, he iterated. Ukraine's ex-leader stated that the advanced weapons supply by European Union and NATO nations has proven to be useful in Ukraine's resistance. This includes US-supplied HIMARS that helped the Ukraine armed forces to strike several Russian military targets.