Biden ordered declassifying intelligence in the run-up to the Russia-Ukraine war because the claims about a possible attack were being met with “scepticism”. 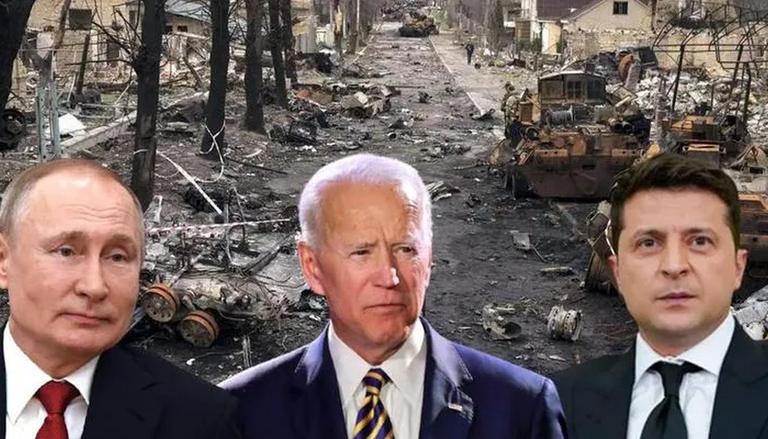 
United States President Joe Biden ordered declassifying intelligence in the run-up to the Russia-Ukraine war because US officials’ claims about a possible attack were being met with “scepticism” by American partners and allies, said America's spy chief, according to CNN. US Director of National Intelligence Avril Haines said at a cybersecurity conference on Monday, "When we explained to our policymakers and our policymakers went to their interlocutors, they found that there was a fair amount of scepticism about it."

He added, "As a consequence, the President came back to us and said, ‘you need to go out and share as much as you possibly can and ensure that folks see what it is that you're seeing, so that we can engage again and perhaps have more productive conversations about how to plan for essentially the potential of a Russian invasion."

Noting the early days of the Russian buildup on the Ukrainian border earlier this year before President Vladimir Putin announced a “special” military operation in Ukraine, the Biden administration had selectively started declassifying and releasing the intelligence surrounding Moscow’s possible invasion of its neighbouring country. The Biden administration had revealed the information to media organisations and to other friendly nations.

As per the US media outlet, Washington’s approach was aimed at combating Russian propaganda globally and ensuring that US partners and allies are sharing a unified picture when it comes to Moscow’s actions.  US Director of National Intelligence Haines on Monday revealed that the US “did a lot of sharing in this space with partners and allies,” ultimately developing “mechanisms for sharing” that can be used in the future.

Ever since Russia launched a full-scale military offensive in Ukraine in late February, the United States and its allies in the West have stood in strong support of Ukraine against Putin’s forces. From sending high-tech military weapons to sanctioning Russian officials, the West has embarked on various methods to not only assist Ukraine but also counter Russia. These actions have further deteriorated relations between Moscow and Washington with most recently, Russia sanctioning 61 officials in the United States. However, the US has still ruled out the possibility of completely cutting off ties with Moscow.

In a key development, United States' envoy to Russia, John Sullivan, in an interview with TASS, shed light on the bilateral relations between Moscow and Washington amid the ongoing Russia-Ukraine war. As the US-Russia ties deteriorated over the latter’s "unprovoked invasion" of Ukraine, Sullivan told the Russian news agency that both sides are “never completely separating”. According to the US envoy, Washington and the Kremlin cannot afford to sever the diplomatic ties “completely”. Sullivan added that both countries “should have embassies” which is the “bare minimum.”

"We are also never completely separating. We can’t just cut diplomatic relations really, and just not talk," US envoy to Russia. "At a minimum, we sit near each other at the UN Security Council in New York every day. No matter what, we are better talking to each other at the UN, at the Security Council. And we should have embassies. This is the bare minimum. This is basic."