US Will Do Everything To Put Ukraine In Position Of Strength Against Russia: White House

United States will do everything it can do to put Ukraine in a position of strength in face of Russian aggression, White House Press Secretary said. 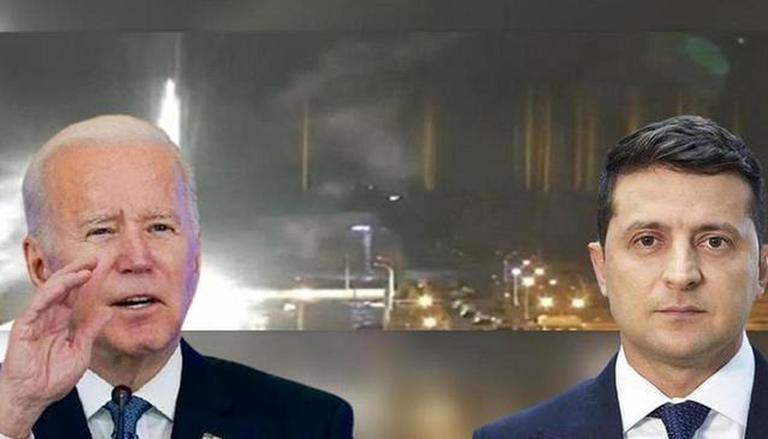 
United States will do everything it can do to put Ukraine in a position of strength in face of Russian aggression, White House Press Secretary Karine Jean-Pierre asserted on Monday. As the battle for Kyiv’s sovereignty spiralled into its fourth month, Jean-Pierre stressed that a strong position was a pre-requisite for negotiations with the Russian Federation. While she stopped short of spilling details of US support, the official emphasised that it was Russia’s aggression on Ukraine’s sovereignty and territorial integrity.

“They [Ukrainians] are fighting for their democracy.  And so, we’re going to do everything that we can to put them in a position of strength so that they can defend themselves.  And if there is an opportunity for them to negotiate, they would be able to do that in a position of strength,” White House Press Secretary Karine Jean-Pierre said at a briefing.

Earlier last week, POTUS Joe Biden remarked that it was up to the Ukrainian administration whether to cede territories to Russia or not. Addressing media reporters, he said, “It’s their (Ukraine’s ) territory. I’m not going to tell them what they should and shouldn’t do.” Biden has emerged as one of the main supporters of Zelenskyy and his troops and has not only led western sanctions against Putin but also bankrolled millions in aid to Ukraine.

Both parties would have to negotiate: Biden

However, in a discreet statement, the American leader reckoned that both parties might have to negotiate to end the war. He said, “But it appears to me that at some point along the line, there’s going to have to be a negotiated settlement here. And what that entails, I don’t know. I don’t think anybody knows at the time”. In his remarks, Biden also reiterated his continued support for the war-torn country highlighting that his administration is going to put the Ukrainians in a position” where they can defend themselves.”

As Russian President Vladimir Putin continues to salvage a war gone awry, the Ukrainian defence Ministry has said that at least 30,000 Russian troops have been killed in the war. Meanwhile, Ukraine's President Volodymyr Zelenskyy has vowed to take control over the southeastern city of Zaporizhzhia.

WE RECOMMEND
Ukraine recovers bodies of Ukrainian fighters killed at Azovstal steelworks amid war
Russian FM Sergey Lavrov's visit to Turkey will dominate Ukraine & Syria
US says Russia should not close its embassy, underscores need to maintain diplomatic ties
Biden says it's up to Ukraine whether it should cede territories to Russia or not
China warns West against sending weapons to Ukraine & imposing sanctions on Russia