Why Putin Announced Partial Military Mobilisation Amid Russia-Ukraine War & What It Means?

As Moscow seems to be losing momentum in the ongoing war against Kyiv, Russian President Vladimir Putin announced a partial mobilisation in the country. 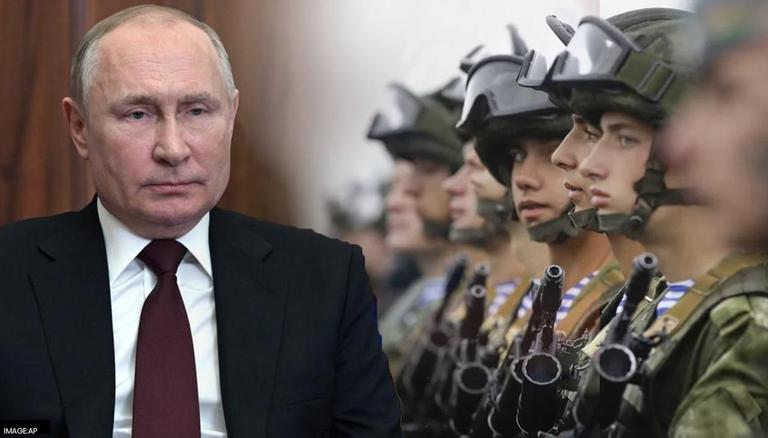 
As Moscow seems to be losing momentum in the ongoing war against Kyiv, Russian President Vladimir Putin on Wednesday announced a partial mobilisation in the country. In a televised address to the nation, he also cautioned the West, saying "it's not a bluff" that Russia will employ all available methods to defend its borders. He claimed that the West was resorting to "nuclear blackmail" and cited remarks made by some high-ranking officials of the major North Atlantic Treaty Organization (NATO) members regarding the potential deployment of nuclear weapons of mass destruction against Russia.

“To those who allow themselves such statements regarding Russia, I want to remind you that our country also has various means of destruction, and for separate components and more modern than those of NATO countries. We will certainly use all the means at our disposal to protect the country and our people when the territorial integrity of Russia is threatened," Putin stated.

What does military mobilisation mean?

The conflict has been substantially escalated by Putin's partial mobilisation, which comes as Russia fights off a Ukrainian counteroffensive that has compelled its troops to retreat and give up some of the areas they had captured.

Russian Defence Minister Sergei Shoigu stated that as many as 3,00,000 reserve troops have been called up to join the "military operation" in Ukraine following President Putin's announcement. However, he also stated that the vast majority of Russia's millions-strong reserves would not be called up, including students and conscripts.

“We are talking about partial mobilisation, that is, only citizens who are currently in the reserve will be subject to conscription, and above all, those who served in the armed forces have a certain military speciality and relevant experience,” Putin remarked.

Why did Russia announce military mobilization?

President Putin emphasised the rationale behind the nation's partial mobilisation, saying that the time has come for Russia to disintegrate and fend off the threats posed by Ukraine. He claimed that a decision had been made to safeguard the nation, its citizens, its territorial integrity, and its sovereignty, which would guarantee the safety of individuals living in the liberated territories.

The Russian President also accused the West of trying to "destroy" Russia amid the ongoing conflict in Ukraine. "The purpose of the West is to weaken, divide and ultimately destroy our country. They are already saying that in 1991 they were able to break up the Soviet Union, and now the time has come for Russia itself, that it should disintegrate. And they have been planning it for a long time," Putin added. He further claimed that the West wants to end all negotiations as they are not interested in finding a peaceful solution or reaching a compromise.

💬 President #Putin: The goal of the West & certain Western elites is to weaken, divide and ultimately destroy our country.

They are saying openly now that in 1991 they managed to split up the Soviet Union and now is the time to do the same to Russia. pic.twitter.com/zFi3TMJhyQ

Russian President also claimed that the country's Armed Forces are engaged in operations across a front line that exceeds 1,000 km, resisting neo-Nazi formations as well as the complete military machine of the collective West. He also accused NATO of conducting reconnaissance operations across the southern region of Russia.

"Washington, London and Brussels are directly pushing Kyiv to move military action to our country. They are openly saying that Russia should be defeated on the battlefield by any means," Putin claimed.

President Putin's remarks came a day after Russian-controlled regions in eastern and southern Ukraine declared plans to hold referendums in order to join Russia. According to reports, the referendums are expected to start on September 23 in regions such as the Luhansk, Kherson and partly Russian-controlled Zaporizhzhia and Donetsk regions.

"We will do everything to ensure safe conditions to hold the referendums so that people can express their will. We will also support the decision on their future, which will be made by the majority of residents in these regions," Putin added.