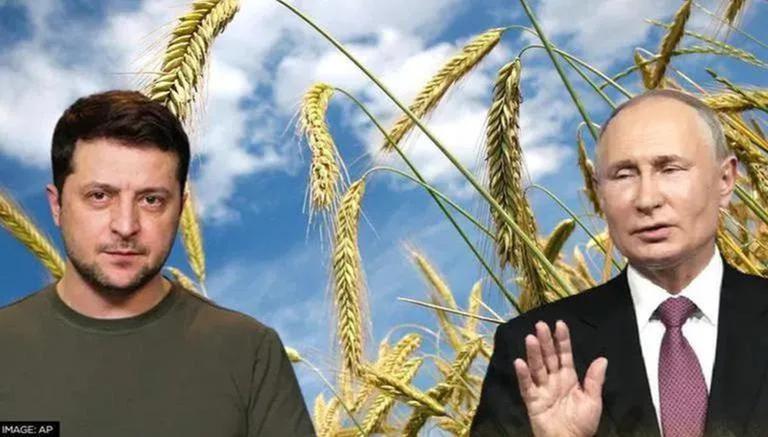 
Ukrainian President Volodymyr Zelenskyy accused Russia of holding Africa “hostage” by blocking wheat deliveries and driving the spike in food prices on the continent. While addressing the African Union leaders on Monday, Zelenksyy noted that the Russia-Ukraine war might “seem distant” to Africa but the conflict has led to rising food prices.

The Ukrainian President also said that Kyiv is holding “complex multilevel negotiations” to end Russia’s blockade of Ukrainian ports and allow the export of millions of tonnes of grain. However, he said, “there is no progress yet. ... That is why the global food crisis will continue as long as this colonial war continues”.

Zelenskyy said, "This war may seem very distant to you and your countries. But catastrophically, rising food prices have already brought it home to millions of African families."

Russia, however, has categorically denied all accusations of blocking Ukrainian grain exports levelled by the West and Kyiv. Instead, Moscow blamed the sanctions imposed by the West in the wake of the war. Meanwhile, European Union foreign policy chief Josep Borrell has termed Russia’s blockade of Ukrainian wheat “a real war crime”.

Borrell told the EU diplomats in Luxembourg on Monday, “It is inconceivable, one cannot imagine that millions of tons of wheat remain blocked in Ukraine while in the rest of the world, people are suffering (from) hunger”. Moreover, the EU’s foreign affairs chief addressed Russia’s claims regarding Western sanctions, he said that “it’s not the European sanctions” that are “creating this crisis.”

Russia's war against #Ukraine creates global price increases and scarcity of energy and food. There is a risk of a great famine.

Today, I present to EU Foreign Ministers #FAC the EU Action Plan on the geopolitical consequences of the Russian aggression.https://t.co/lvWbZHnsO5 pic.twitter.com/fjk0KibmHX

Prior to Zelenskyy’s address to the African Union leaders, the United Nations (UN) had said that the Russia-Ukraine war could push up to 49 million people into famine or famine-like situations because of the conflict’s significant impact on global food supply and prices. Meanwhile, the 27-nation-bloc has been supporting the efforts by the UN to reach a deal and resume Ukraine's sea exports in exchange for facilitating Russian food and fertiliser exports. However, brokerage of any kind of agreement would require Moscow’s go-ahead.

While countries are finding a way to work around the blockade, the US National Security Council Coordinator for Strategic Communications John Kirby has said that Russian President Vladimir Putin “absolutely has weaponized food” by blockading grain exports out of Ukraine, according to CNN