Watson, who opened up publicly for the first time on Johnson's misconduct, alleged that the Downing Street staff had "created a puppy gate." 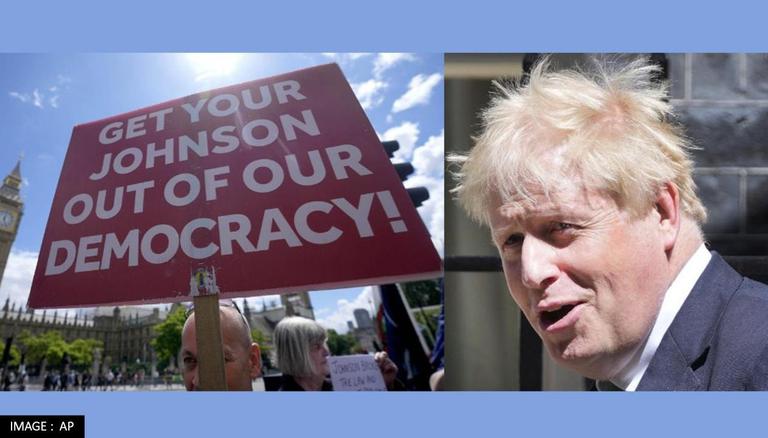 
Ousted UK Prime Minister Boris Johnson's ex-aides have stepped up allegations about his misconduct months after he announced that he is stepping down from his premiership role. In one of the most candid descriptions of his eerie behaviour whilst holding one of the most responsible positions at Number 10 Downing Street, former deputy chief of staff Cleo Watson said that during her tenure at the British parliament, she felt like she was a "nanny" to ex UK Prime Minister.

Watson, who opened up publicly for the first time on Johnson's misconduct, alleged that the Downing Street staff had "created a puppy gate barrier to prevent Mr Johnson from leaving his office."

“My role at No 10 sounds fancy, but a lot of the time I was much closer to being Boris’s nanny," said the embattled former aide who was elected to the office by the ex chief advisor to the UK PM, Dominic Cummings.

The UK official widely known for her 2016 Vote Leave campaign claimed that her major responsibilities during the premiership of Johnson “generally” involved checking recording 'temperature' to ensure that the British prime minister did not have any COVID-19 symptoms. “‘It’s that time again, prime minister!’ I’d say. Each time, never willing to miss a good slapstick opportunity, he dutifully feigned bending over,” she revealed in a wide-ranging piece published for Tatler magazine. She also noted that from time to time she has to "scold the prime minister for making unacceptable gags such as ‘Kung Flu’ and ‘Aye! Corona!’”

Watson's responsibility was majorly confined to when Johnson was “pinged” by the NHS on the COVID app that was launched by the UK government in 2020 for contact tracing and early detection of potential patients of coronavirus.

Despite notification that he may have come in contact with a potential COVID-19 infected person, Johnson still “insisted on working from his downstairs office while isolating”, said his former aide, likening his behaviour to throwing tantrums like a child, as she continued to describe herself as UK PM's nanny.

“Very soon, this required setting up chairs as barriers in the doorway, as he couldn’t resist stepping over the threshold into our adjoining room to peer over shoulders at what people were working on (invariably in a pair of someone else’s reading glasses he’d found lying around)," former deputy chief of staff Cleo Watson wrote. And so, she further continued, that a prime ministerial ‘puppy gate’ was created and Johnson would "kneel on the seats, his elbows propped over the top, like a great unruly golden retriever, howling for attention.”  She also stressed her departure saying that the prime minister told her in the Cabinet Room she reminded him of Mr Cummings, and asked her to leave.