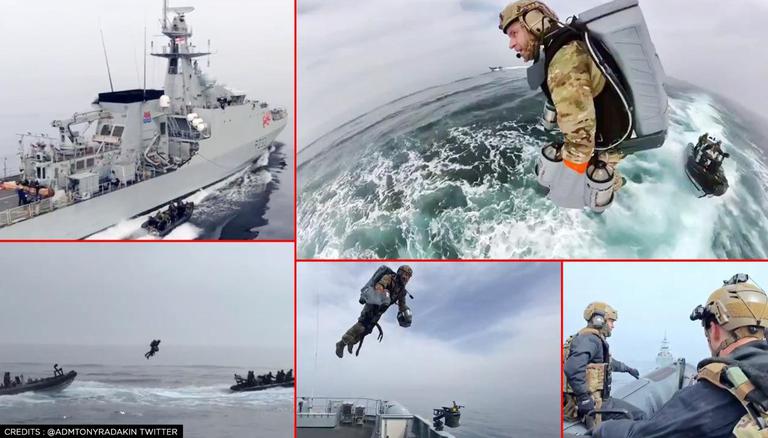 
Richard Browning ignited the world's interest when he unveiled his first Iron-man-like flying suit in 2017. Now, his company, Gravity Industries, which manufactures jet-pack flying suits, has posted a YouTube video of British marines flying in the jet suits. The video went viral in no time and people can't seem to get enough of it.

As the @RoyalNavy embraces technology and innovation, @hms_tamar trials the latest game-changing kit with the @RoyalMarines. pic.twitter.com/rckeuom7yg

The video of the training was posted on Twitter by Admiral Tony Radakin, head of the British Naval Service. The flying suits, he wrote, were the most recent game-changing piece of equipment. Although some users were enthralled by the technology, others warned that using it in the Navy could be dangerous.

Browning, also known as the 'real-life Iron Man', expressed at a TED conference in 2017 that he had designed a flying suit and that flight had become an obsession for him. After months of falling over and failing, he was able to attain coherent human flight and train himself so that he would not have to worry about the movement of his hands when flying to wherever he desired. The suit, which was available for purchase for 3.2 crore rupees in 2018, can now be experienced by enrolling in one of the company's flight training programmes.

It's very satisfying that the flying human beings aren't a product of computer-generated imagery in the video, which has been amplified by the sci-fi action background music, which makes it look like a mix of Tom Cruise's Mission Impossible and Christopher Nolan's Tenet worlds (CGI). In the video, mariners with jetpacks leave the vessels and land one by one on the cruise. Three mariners fly and land together near the end of the video.