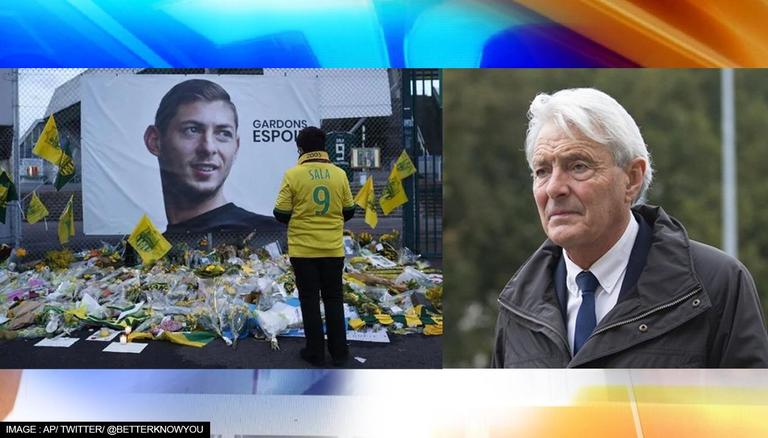 
The 67-year-old businessman who organised the flight in which footballer Emiliano Sala died has been found guilty of endangering the safety of an aircraft. The Argentine footballer Emiliano Sala and pilot David Ibbotson died in a horrific plane crash in January 2019. Now, after almost two years, David Henderson on Thursday, 28 October, was convicted by a majority verdict of 10 to two over the death of Sala by a jury at Cardiff Crown Court.

Henderson had previously admitted trying to range a flight for a passenger without permission or authorisation. On Thursday, it took the jury seven and a half hours to convict the 67-year-old aircraft operator, who will now be sentenced on 12 November, according to BBC. Lawyers speaking on behalf of Sala’s family said that Henderson’s convictions were welcomed, however, they added that his actions were “one piece of the puzzle” of how the plane came to crash.

Henderson allegedly arranged the flight for the footballer with 59-year-old pilot Ibbotson. The single-engine Piper Malibu aircraft was carrying Sala from Nantes in France to Cardiff, as it went off the radar in the English Channel. Sala’s body was recovered two weeks later, whereas, the pilot’s body was never found.

Henderson was 'reckless and negligent'

The court reportedly heard how Ibbotson did not hold a commercial pilot’s license and his rating to fly the single-engine Piper Malibu had expired. As per the media outlet, Henderson had asked Ibbotson to fly the plane as he was away on holiday with his wife in Paris. Then just moments after finding out the place had gone down, the 67-year-old texted a number of people telling them to stay silent and warning it would open a “can of worms”, the jury was told.

Prosecutors accused Henderson of being “reckless or negligent”. They said that Henderson had created a culture of breaching the air navigation regulations among the pilots he hired. It was also revealed that Fay Keely, who owned the plane, had told Henderson not to allow Ibbotson to pilot the plane again after being contacted by the Civil Aviation Authority (CAA) about two airspace infringements he had committed. However, Henderson allowed the pilot to continue flying.

The prosecutors claimed Henderson ran an “incompetent, undocumented and dishonest organisation”. However, Henderson’s lawyer said that his client’s actions were “purely a paperwork issue” and had not led to a likelihood of danger. But on Thursday, judge Justice Foxton granted Henderson bail to return to be sentenced for both offences on November 12.

READ | Man in court in connection with doomed Sala flight

WE RECOMMEND
British pilot originally set to fly Emiliano Sala charged over footballer's death
Cristiano Ronaldo buys an island: How much does an island cost the football superstar?
Emiliano Sala death: Man admits to having arranged footballer's flight without permission