Kwasi Kwarteng, the former chancellor to the exchequer, has admitted that he and the former prime minister Liz Truss got "carried away" in the UK mini-budget. 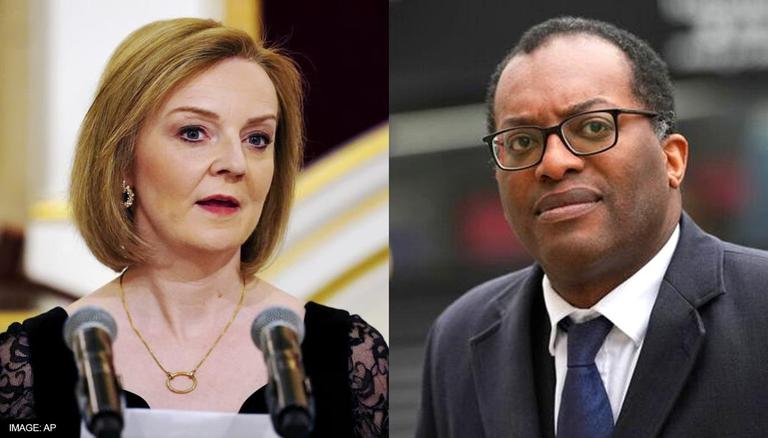 
Kwasi Kwarteng, the former chancellor to the exchequer, has admitted that he and the former prime minister Liz Truss got "carried away" whilst writing the UK mini-budget. The mini-budget caused financial turmoil in the UK, forced the government to now cut down public spending and led to economic pain that the current prime minister Rishi Sunak has to solve. Kwasi Kwarteng and Liz Truss' mini-budget led to a near collapse of UK's pension funds and forced the Bank of England to step in with a £65 billion bailout.

Kwarteng said that he had urged Liz Truss to slow down but according to a report from Guardian, she felt "invincible" and "regal". An article by the Financial Times quotes an unnamed aide calling Truss' decision making process "overcaffinated". The mini-budget sent mortgage costs soaring, and increased the cost of government borrowing. The former chancellor to the exchequer said that Liz Truss had not thought about the financial or political consequences of the mini-budget. “There was a brief moment and the people in charge, myself included, blew it," said Kwarteng to the Financial Times.

Ideological roots of Trussonomics and its consequences

The UK is currently staring at a cold winter, with risk of power outages, and possibility of strike action during Christmas, which would disrupt the railways and airlines sector. Liz Truss believes that she subscribes to Maraget Thatcher's economic ideology. Thatcher's economic ideology was based on the principles of free market capitalism. She believed that the government should have a limited role in the economy and that individuals and businesses should be free to operate without excessive interference from the state.

To this end, Thatcher pursued a number of policies aimed at reducing the role of the government in the economy. She privatized many state-owned industries, such as British Steel and British Telecom, and deregulated industries such as finance and energy. She also reduced the power of labour unions and lowered taxes for businesses and high earners. While these policies may have had some positive effects on the economy in the long term, they also had significant downsides and negative consequences for many people in the United Kingdom.

One of the most significant negative consequences of Thatcher's economic policies was the high level of unemployment that resulted from her pursuit of monetarist policies. In order to reduce inflation, Thatcher's government pursued policies that deliberately slowed economic growth and led to widespread job losses. This was particularly true in industries that had been heavily regulated or were state-owned, such as mining and manufacturing. As a result, unemployment reached record levels, peaking at over 3 million people in 1984.

Another negative consequence of Thatcher's policies was the growing inequality and social unrest that they caused. By reducing the power of labor unions and lowering taxes for businesses and high earners, Thatcher's policies disproportionately benefited the wealthy and increased the gap between rich and poor. This led to widespread dissatisfaction and social unrest in many parts of the country, particularly in areas that were heavily dependent on industries that were heavily affected by the government's policies.

Northern England suffered the most as it was an area that was dependent on the manufacturing sector. As the manufacturing industry left the UK, the financiers speculating in London grew and on paper, the UK's economy grew, but in reality, Northern England started experiencing stagnation and decline, which resulted in a sense of malaise. Boris Johnson won the 2019 general elections with a landslide majority because he noticed the regional disparity and promised to do the opposite of what Margaret Thatcher did. Johnson promised a big state that will actively intervene in the economy to "level up" i.e. remove the regional disparity between Northern England and Southern England. Both Thatcher and Johnson became prime ministers of the UK by becoming leader of the Conservative party.