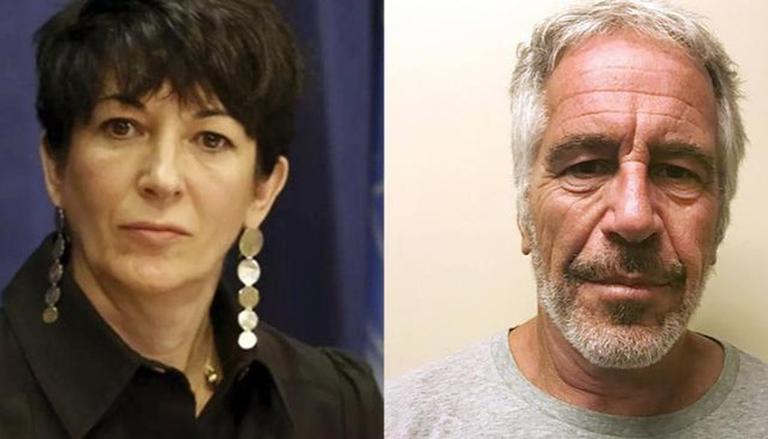 
Jeffrey Epstein and Ghislaine Maxwell's sexual abuse victims were “relieved and grateful” after a Manhattan jury convicted the British socialite for sex trafficking. On Wednesday, 59-year-old Maxwell was found guilty of five of six charges for her involvement in grooming young girls to be sexually abused by Epstein in his mansions across the United States. Prosecutors convinced the jury that she “preyed on vulnerable young girls, manipulated them and served them up to be sexually abused” even though the defence tried to paint Maxwell as a ‘scapegoat’.

While Maxwell’s sentence is yet to be announced, one of the victims who testified in the months-long trial, Annie farmer expressed that she is “relieved and grateful that the jury recognized the pattern of predatory behaviour that Maxwell engaged in for years and found her guilty.” Farmer also said, “She has caused hurt to many more women than the few of us who had the chance to testify in the courtroom. I hope that this verdict brings solace to all who need it and demonstrates that no one is above the law.”

Farmer is one of the four of Maxwell’s accusers in the case and she is the only one who testified under her full name as opposed to others, who opted to use pseudo names. According to The Guardian, Farmer has testified in court that the British socialite gave her a nude massage at Epstein’s New Mexico ranch when she was 16. Annie Farmer met Maxwell and Epstein through her sister, Marie Farmer.

Hailing the verdict, Marie wrote on Twitter, “Annie and I are sobbing with joy”.

Virginia Giuffre, one of the victims of Epstein, who also accused Maxwell of being involved in the abuse, said that she would “remember this [Wednesday] always”. Taking to Twitter, Giuffre said, “My soul yearned for justice for years and today the jury gave me just that…I hope that today is not the end but rather another step in justice being served. Maxwell did not act alone. Others must be held accountable. I have faith that they will be.”

My soul yearned for justice for years and today the jury gave me just that. I will remember this day always.

Having lived with the horrors of Maxwell’s abuse, my heart goes out to the many other girls and young women who suffered at her hands and whose lives she destroyed.
1/2

READ | Jury signals verdict not near in Maxwell trial

Damien Williams, the US attorney for the southern district of New York, according to The Guardian, hailed Maxwell’s conviction for “one of the worst crimes imaginable, facilitating and participating in the sexual abuse of children…The road to justice has been far too long, but today justice has been done. I want to commend the bravery of the girls, now grown women, who stepped out of the shadows and into the courtroom.”

Dave Aronberg, the state attorney in Palm Beach County, Florida, told CNN that Maxwell “just got what was coming to her”. It is to note that Epstein owned a mansion in Florida where he also carried out his sexual crimes. Sigrid McCawley, who represents several victims, as per The Guardian, said, “Today’s verdict is a towering victory, not just for the brave women who testified in this trial, but for the women around the world whose young and tender lives were diminished and damaged by the abhorrent actions of Ghislaine Maxwell.”