After the US and Australia, UK Prime Minister Boris Johnson on Wednesday, 8 December announced that a diplomatic boycott of the Beijing Winter Olympics. 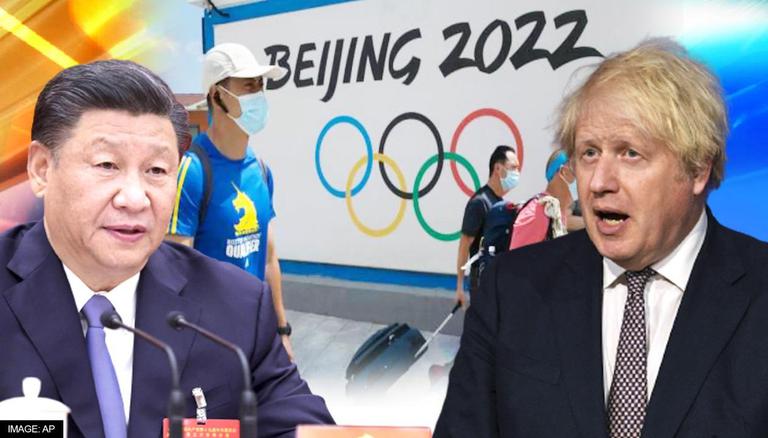 
After US and Australia, UK Prime Minister Boris Johnson on Wednesday announced that a diplomatic boycott of the Beijing Winter Olympics. Johnson said that no British government official will be going to Beijing and termed it “effectively” a diplomatic boycott. It is pertinent to note that the UK’s move came after the US, Australia and Lithuania said they would not send their respective delegations to China for Beijing Winter Olympics.

In the House of Commons, as per AP, Johnson was asked if Britain will join the other three nations which have already announced their boycotts of the Beijing Winter Olympics scheduled to start on 4 February February citing human rights violations by China. Noting that he opposed the boycotts involving athletes, Johnson said that the UK would effectively be boycotting the sporting events diplomatically.

UK PM Johnson told the lawmakers, “There will be effectively a diplomatic boycott of the Winter Olympics in Beijing…No ministers are expected to attend and no officials.”

“The government has no hesitation in raising these issues with China, as I did with President Xi the last time I talked to him,” he added.

China is expected to react furiously to Britain’s diplomatic boycott as it did after the American and Australian governments made their announcements. While Beijing said that “nobody cares” if Australia chose to boycott the games, Chinese Foreign Ministry spokesperson Zhao Lijian had asserted that Washington “will pay the price” fr its measures. Zhao had said that the US boycott ‘seriously violates’ the sheer principle of political neutrality of sports which is established by the Olympic Charter and runs against the Olympic motto, ‘more united’.

On Wednesday, Australian Prime Minister Scott Morrison announced at a news conference in Sydney that “human rights abuses and issues in Xinjiang" were some of the concerns that were flagged by his government with Beijing. He said, “I am very ... happy to talk to the Chinese government about these issues, and there has been no obstacle to that occurring on our side but the Chinese government has consistently not taken those opportunities to meet with us about those issues.” Earlier on Monday, White House secretary had said that US diplomatic boycott was a statement against China’s “ongoing genocide and crimes against humanity in Xinjiang.”