UK's Lexi Robins has an incurable genetic disease that restricts the normal movement of a body and is likened to a 'body turning into a stone'. 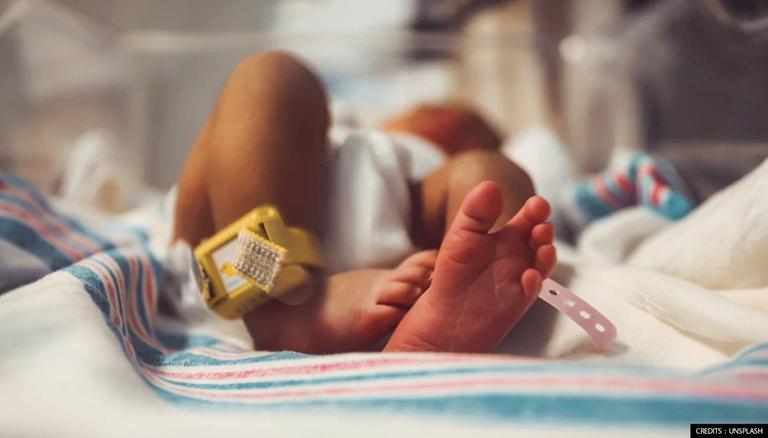 
A five-month-old infant in the United Kingdom (UK) is 'turning to stone' due to an extremely rare genetic condition that transforms muscles into bones. Born on January 31, 2021, Lexi Robins has an incurable genetic disease that affects only 1 in 2 million people. The genetic disorder called Fibrodysplasia Ossificans Progressiva (FOP) replaces muscles and soft tissues such as tendons and ligaments with bones that begin to form outside of the human skeleton, according to a report by Herts Live. This condition restricts the normal movement of a body and is likened to a 'body turning into a stone'.

The five-month-old infant's parents-- Alexandria and Dave from UK's Hemel Hempstead realized that Lexi had the rare disease after she failed to show much movement in her thumbs and her 'big toes did not look quite right.'

"We were initially told, after the x-rays, she probably had a syndrome and wouldn't walk. We just didn't believe that because she's so strong physically at the moment and she's just kicking her legs," Lexi's mother Alex told HertsLive. The infant's X-rays in April had suggested that she had bunions on her feet and her thumbs were double-jointed.

"We weren't quite sure so we did our own research in mid-May and then we found this disease and we took it to the specialist. Towards the end of May, we had to go for a genetic test, further X-rays, but the genetic test takes six weeks for the results," her mother said.

Further research and a genetic test by a Los Angeles lab confirmed that Lexi Robins had FOP. After their infant's diagnosis, the parents launched an awareness campaign to inform other parents about the warning signs of Fibrodysplasia Ossificans Progressiva. Lexi's parents have also started a fundraiser for research on the disease which is being solely funded by the FOPFriends Charity.

According to reports, a child diagnosed with FOP is highly likely to become bedridden by the age of 20 owing to the hardening of the muscles and tissues that restricts physical movement. The life expectancy of such children is said to be around 40 years. Additionally, minor injuries such as falling, injections, vaccinations, or dental work have a possibility of worsening their condition.