Boris Johnson on Monday warned that the West now has to decide upon a looming choice between approving Nord Stream 2 gas pipeline and backing Ukraine. 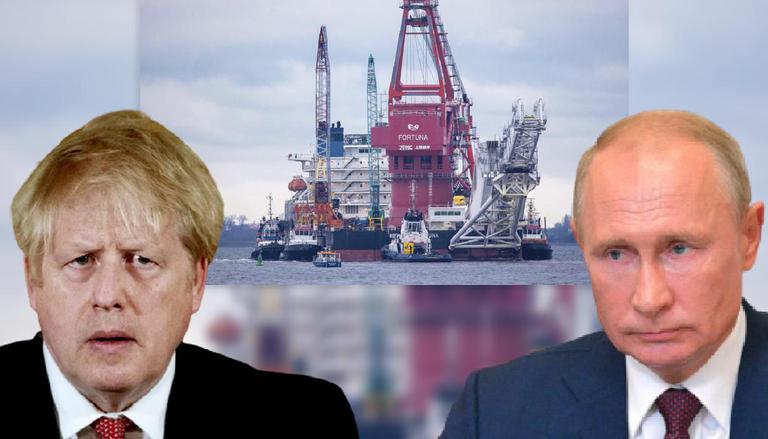 
Amid the unprecedented surge in gas prices and calls for Russia to supply more gas to the EU, UK Prime Minister Boris Johnson on Monday warned that the West has to decide upon a looming choice between approving Nord Stream 2 gas pipeline and backing Ukraine against Moscow. In a message to the European countries that rely heavily on Russian gas supplies, PM Johnson suggested that if the West renders its support to Ukraine against Moscow's aggressive behaviour in the Donbas region, there is a high possibility that Russian President Vladimir Putin could be serious about restricting gas supply through the pipeline that runs through eastern Europe.

Speaking at the Lord Mayor's Banquet on Monday, he highlighted that the UK was quick to help Poland in the contrived border crisis and hoped that "our friends may recognise that a choice is shortly coming between mainlining ever more Russian hydrocarbons in giant new pipelines and sticking up for Ukraine and championing the cause of peace and stability, let me put it that way," The Guardian reported.

However, while extending support to Ukraine, PM Johnson also clarified that "when we say that we support the sovereignty and integrity of Ukraine that is not because we want to be adversarial to Russia...or undermine that great country."  Earlier this week, the UK spoke of its "unwavering support" for Ukraine's territorial integrity and assured to help them in the "face of hostility".

What is the Nord Stream 2 gas pipeline?

It is to be noted that the Nord Stream 2 gas pipeline is a construction that is expected to carry Russian gas to Germany, directly across the Baltic Sea, as per Financial Times. The development was delayed as the US imposed sanctions and Poland opposed it stating that the pipeline would deprive Ukraine of a lump sum transit fees earned from shipping Russian gas. Speaking to FT on the issue, Ukrainian Foreign Minister Dmytro Kuleba had earlier stated: "For us, Nord Stream 2 is a security issue. We think that the use of migrants against Belarus, the situation around Nord Stream 2, the disinformation campaigns, the military build-up by Russia, are all part of a broader picture. Russia is involved in all of these situations.”

It is to be noted the UK earlier called on Russia to intervene in the mounting migrant crisis on the Poland-Belarus migrant crisis. Meanwhile, UK Foreign Secretary Liz Truss also urged "friends across Europe" to extend support in opposing Nord Stream 2 pipeline through an op-ed written in The Sunday Telegraph. “It risks undermining European security by allowing Russia to tighten its grip on those nations who rely on its gas,” she wrote.